Albayalde admits being hazed when he was PMA cadet; six suspects tagged in death of Dormitorio
By: Vincent Cabreza - Reporter / @Inquirer_Baguio
Philippine Daily Inquirer / 05:06 AM September 28, 2019 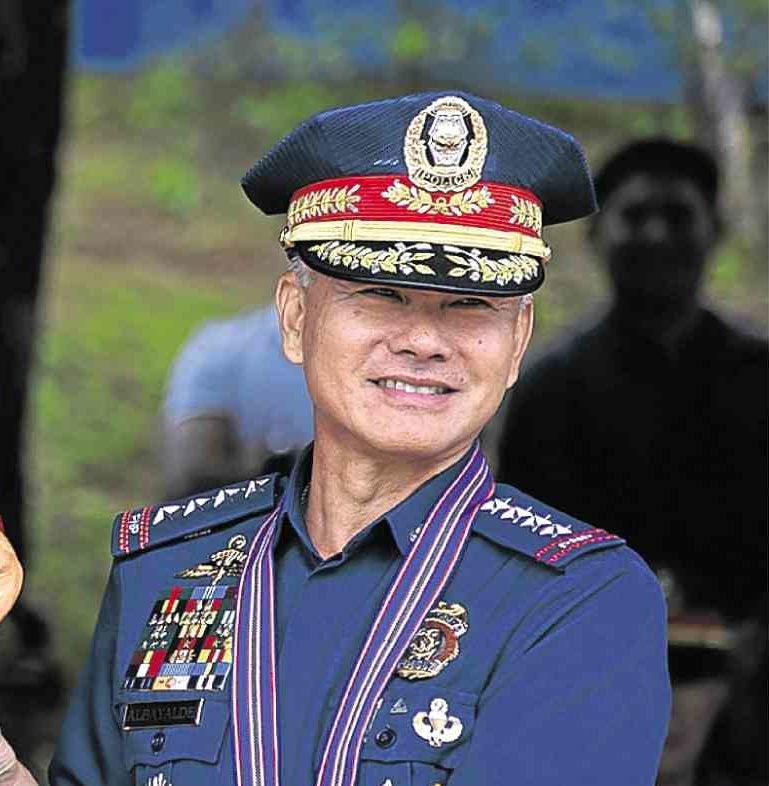 LA TRINIDAD, BENGUET—“Hazing is an outdated practice,” the Philippine National Police chief said on Friday as he admitted he was maltreated by an upperclassman when he was a plebe of the Philippine Military Academy (PMA) “Sinag Tala” Class of 1986.

Police Gen. Oscar Albayalde said he bore no ill will against the offending “mistah” (schoolmate), but added “hazing has no room in modern society” and should not have victimized Cadet 4th Class Darwin Dormitorio, 20, who died due to cadets’ maltreatment on Sept. 18.

The police found Dormitorio had bruises and contusions and may have died from internal bleeding triggered by “blunt force trauma.”

“There are several ways to punish an erring cadet that did not require violence … There are administrative penalties, they can get demerits or cadets with offenses can be required to perform exercises,” Albayalde said, citing pushups or squat drills until the offender tires.

Dormitorio was beaten in the stomach with a blunt object, Albayalde told reporters after speaking at the 118th police service program of the Cordillera police.

“This was a senseless death. He could have become a general or an Armed Forces chief of staff,” he said.

Dormitorio was subjected to maltreatment because he was being punished for misplacing a pair of boots assigned to a senior cadet, according to witnesses’ testimonies.

Under PMA cadet rules, the loss of the boots would have been a serious infraction for the senior cadet.

The Baguio City police have prepared criminal charges against cadets who allegedly maltreated Dormitorio. Three principal suspects are facing expulsion from the PMA.

On Friday, the number of suspects had risen to six, with the inclusion of a second class cadet, who allegedly hurt Dormitorio in a separate incident, said Police Col. Allen Rae Co, Baguio police chief.

Four cadets were earlier tagged as suspects but only Dormitorio’s squad mates had been identified. They were Cadets 3rd Class Shalimar Imperial and Felix Lumbag and Cadet 1st Class Axl Ray Sanupao.

The two other third class cadets were linked after the discovery of a stun device, which investigators were testing to determine if it was used on the plebe.

“Many more details have cropped up because many more witnesses have surfaced” to shed light on the hazing, Albayalde said, adding that maltreatment of cadets “may be occurring secretly at the academy.”