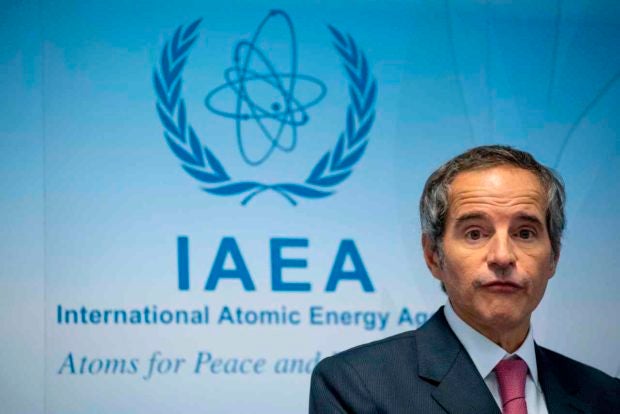 FILE PHOTO: Rafael Grossi, Director General of the International Atomic Energy Agency, speaks during his press conference after the Board of Governors meeting of the IAEA at the agency’s headquarters in Vienna, Austria on September 14, 2020. (AFP-Yonhap)

“In the Democratic People’s Republic of Korea, (the) nuclear program goes full steam ahead with work on plutonium separation, uranium enrichment, and other activities,” said Grossi, who issued a report last month saying Pyongyang appeared to have restarted a nuclear reactor that is widely believed to have produced plutonium for nuclear weapons.