PNP torches P192-M worth of marijuana in Kalinga town 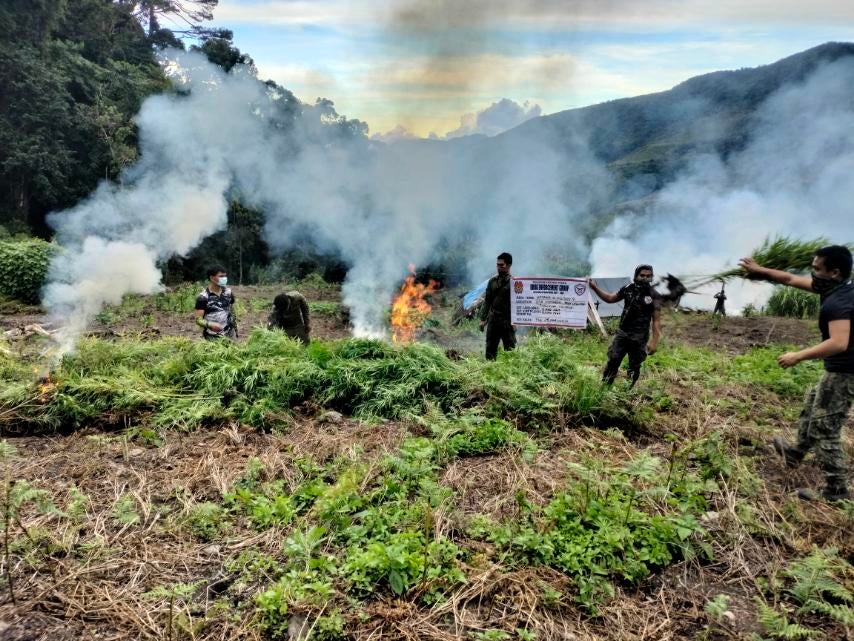 MANILA, Philippines — The Philippine National Police (PNP) destroyed P192.9 million worth of marijuana in 18 clandestine marijuana farm sites in Tinglayan town in Kalinga in operations conducted on Thursday and Friday.

PNP Regional Director for the Cordillera Region Police Brig. Gen. Ronald Lee reported that some 795,000 full-grown marijuana plants were uprooted and 52.2 kilograms of dried marijuana leaves and stalks were confiscated during the two-day operations.

The 18 marijuana plantation sites which have a combined land area of 7.1 hectares were found in Mt. Chumanchil, Barangay Loccong, and in Sitio Ballay, Barangay Tulgao, both in the Municipality of Tinglayan.

Police destroyed and burned the uprooted marijuana plants on site, according to the PNP.

The PNP said an investigation is ongoing to identify the owners and maintainers of the marijuana plantations.