MANILA, Philippines — The Philippine National Police (PNP) on Sunday said that marijuana plants and stalks worth P28 million were destroyed in Kalinga province.

According to PNP chief Gen. Guillermo Eleazar, the destroyed marijuana consisted of 110,000 pieces of fully-grown marijuana plants worth P22 million, and 50,000 grams of marijuana stalks worth P6 million.

All were burned down in Barangay Loccong in Tinglayan Municipality.

No arrests were reported, but during the marijuana eradication operations, some unidentified people fired guns at the authorities. No one was hurt in the incident.

“Investigation is ongoing to identify the suspects who fired shots at the law enforcers and who were the cultivators of the plantation,” Eleazar said. 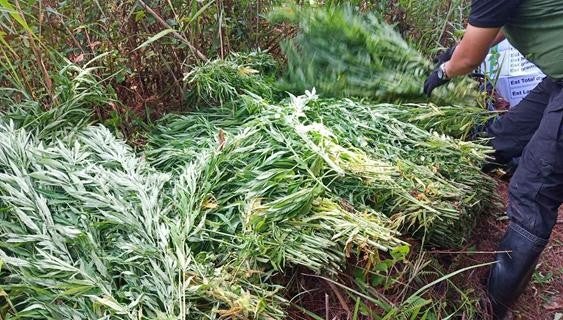