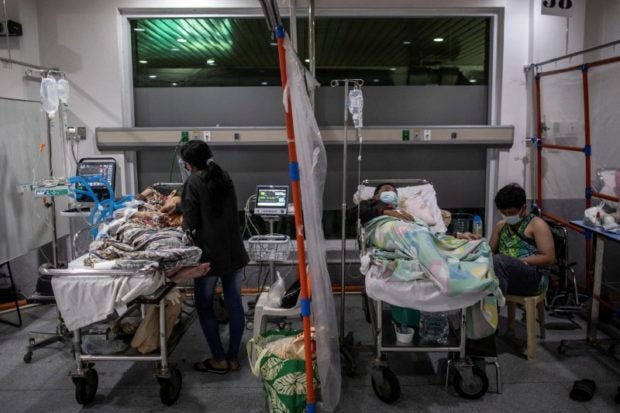 MANILA, Philippines — The country’s active COVID-19 cases rose to 177,946 on Thursday as the disease afflicted 21,261 more patients, according to the Department of Health (DOH).

In its bulletin, the DOH said the active cases make up 7.7 percent of all the 2,304,192 confirmed cases of the disease in the country.

Of the tally, 2,090,228 patients have already recovered, including the new 13,644 recoveries reported by the DOH. Meanwhile, another 277 patients have died, bringing the death toll to 36,018, which represents 1.56 percent of the confirmed cases.

The DOH said 27 percent of 74,149 people who were tested were found positive for the virus on Tuesday. 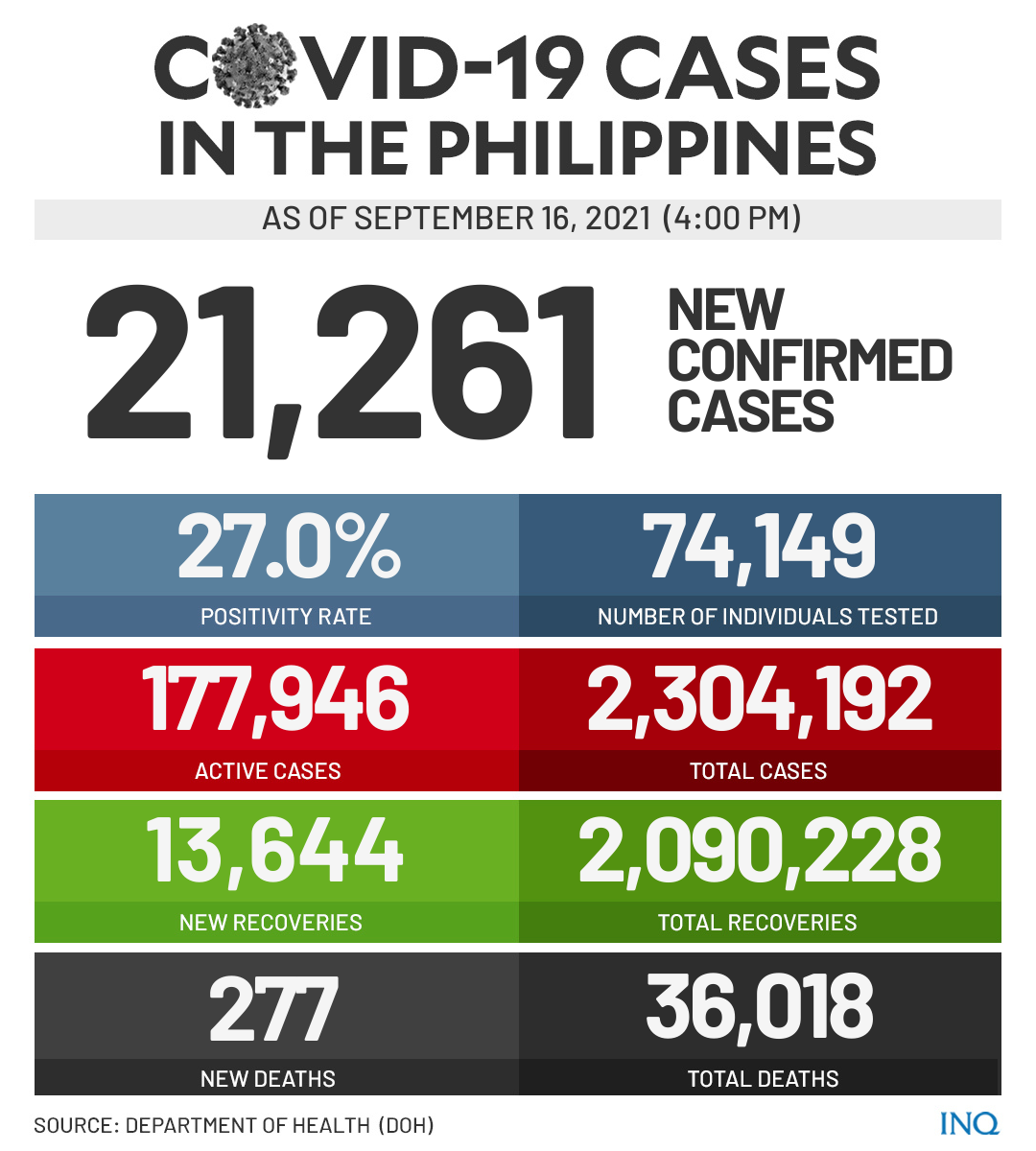 All testing laboratories were operational on Tuesday but two labs were not able to submit their data on time. Based on data in the last 14 days, the two non-reporting labs contributed 0.2 percent of samples tested and 0.3 percent of positive individuals on average.

The DOH removed 80 duplicates, including 65 recoveries and one death, from the total case count. A total of 174 cases that were initially tagged as recoveries were reclassified as deaths after final validation.