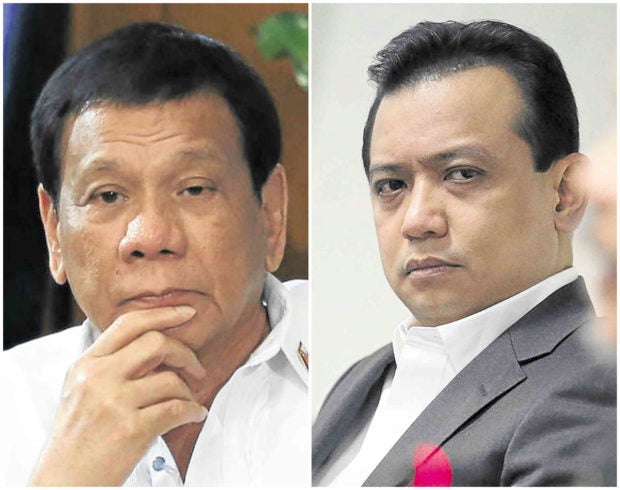 MANILA, Philippines — Former senator Antonio Trillanes IV said Thursday that the decision of the International Criminal Court (ICC) to open its investigation on the Philippine government’s drug war is a clear “step closer” to justice for the victims and their families, and “another step closer to prison” for President Rodrigo Duterte and his disciples.

In a Facebook post, Trillanes expressed solidarity with the families of the so-called EJK victims and taunted Duterte.

“To the families of the EJK victims, this is another step closer to attaining justice for your loved ones,” wrote the fierce critic of the President.

“To Duterte and his cohorts, this is another step closer to prison,” he added.

The probe will cover crimes committed from November 1, 2011, to March 16, 2019. Duterte was vice mayor of Davao City in 2011 and had to give way to her daughter, Sara Duterte-Carpio, for the top local position due to term limits. He won the presidential race in May 2016.

In 2018, Duterte declared the Philippines’ withdrawal from the Rome Statute, which created the ICC. The withdrawal took effect on March 17, 2019.

Since then, the President has repeatedly said he would not cooperate in any ICC investigation, arguing that the Rome Statute had no legal effect as it was not published in the Official Gazette and that the country had already withdrawn from the treaty.

But according to the ICC,  it still has jurisdiction over the alleged crimes because they took place from November 1, 2011, to March 16, 2019 — when the Philippines was still a signatory of the Rome Statute.