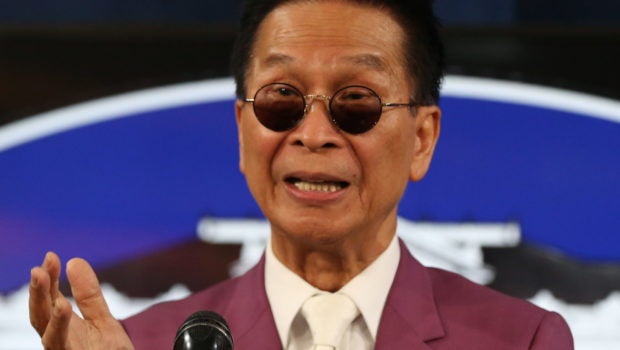 The Philippines will not cooperate with a formal investigation launched by the International Criminal Court (ICC) into possible crimes against humanity committed in President Rodrigo Duterte’s “war on drugs.”

This was according to presidential legal counsel Salvador Panelo, who also said in an interview with DZBB on Thursday that ICC investigators would not be permitted to enter the country to conduct the probe that was approved by the tribunal’s Pre-Trial Chamber I on Wednesday.

The probe will cover crimes committed from November 1, 2011, to March 16, 2019. In 2011, Duterte was vice mayor of Davao City. He had to give way to her daughter, Sara Duterte-Carpio, for the top local position due to term limits. He was elected president in the May 2016 elections.

“The Chamber found that there is a reasonable basis to proceed with an investigation, noting that specific legal element of the crime against humanity of murder under Article 7(1)(a) of the Statute has been met with respect to the killings committed throughout the Philippines between 1 July 2016 and 16 March 2019 in the context of the so-called ‘war on drugs’ campaign, as well as with respect to the killings in the Davao area between 1 November 2011 and 30 June 2016,” the ICC said in its decision.