MANILA, Philippines — A Commission on Elections (Comelec) commissioner on Wednesday said that he will try opening the issue on the voter registration period to the en banc as both chambers of Congress continue to urge for its extension due to quarantine restrictions.

During the Joint Congressional Oversight Committee on the Automated Election System, Commissioner Marlon Casquejo initially echoed Comelec’s earlier pronouncement that the final day of registration will be on September 30 as there are preparations to be conducted as the polls near.

(Due to the pandemic, many Filipinos told our representatives and senators that they have not registered.)

Both the Senate and House of Representatives have issued a resolution to extend the voter registration until October 31.

“We’ll try to open this again para makita naman ng en banc kung pupwede (so the en banc could see if it is possible),” Casquejo said. 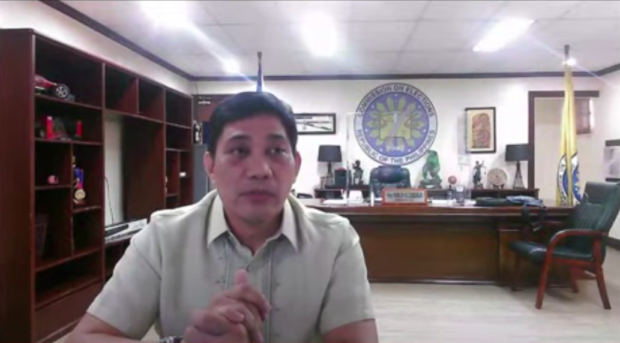 Comelec Commissioner Marlon Casquejo during the Joint Congressional Oversight Committee on the Automated Election System. Screengrab from Senate of the Philippines Youtube

Backing Barzaga, Senator Imee Marcos, chair of the committee, questioned why the extension could not be granted considering that there is a threat of the COVID-19.

(We discovered that the registration runs until October. Now, during the pandemic, it was shortened.)

Citing data, Marcos added that 61.1 million individuals have registered, surpassing the target for first-time voters. However, there is still a significant gap with the 73.3 million number of potentially qualified voters.