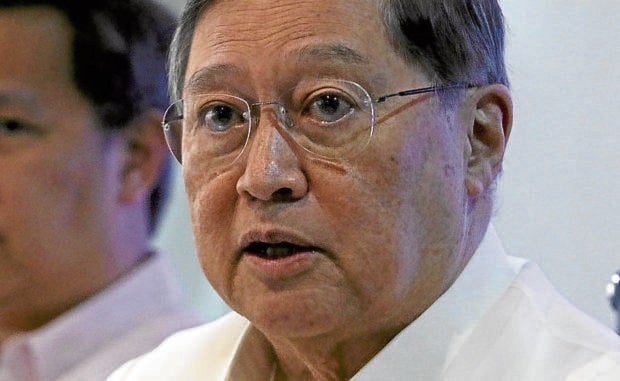 MANILA, Philippines — Department of Finance (DOF) Secretary Carlos Dominguez III said Wednesday that his agency supports the creation of the proposed Department of Migrant Workers and Overseas Filipinos, which is seen to serve as “one home” for migrant workers and Filipinos abroad.

“On this particular department, we have written our comment and we have said we support it,” he said during a hearing of the Senate committee on finance on the proposed 2022 budget of the DOF.

Dominguez’s remark was a response to the query of Senator Joel Villanueva, chair of the Senate committee on labor. Villanueva has been pushing for the approval of the bill which aims to create the department.

“I am just hoping that I will get your support on this kasi ‘yung ibang (because other) senators, they are using your statement in the past that the economic advisors are against the creation of the Department of Migrant Workers and Overseas Filipinos,” Villanueva told the DOF chief.

Villanueva said he will echo the statement of support from Dominguez during Senate deliberations.

In May, Senate Bill No. 2234 or the proposed Department of Migrant Workers and Overseas Filipinos Act reached the Senate floor for plenary deliberations.