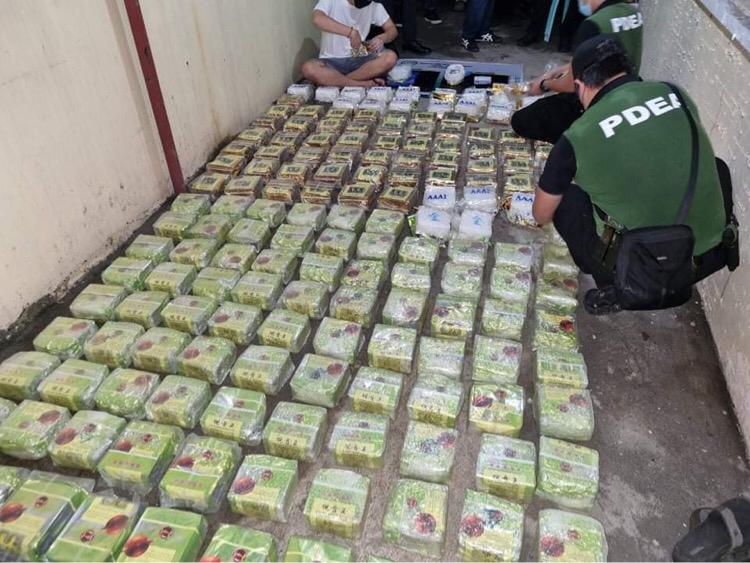 MANILA, Philippines — More than 1.5 billion worth of illegal drugs were confiscated in two separate buy-bust operations in Cavite, with two suspects killed in one of the operations, the Philippine Drug Enforcement Agency (PDEA) reported Friday.

Bangon and Untavar allegedly opened fire on the operatives, triggering a shootout that led to their deaths.

“Basher Bangon is a top-level drug personality and the leader of the Basher Drug Group,” Villanueva said in a statement.

“He has direct contact with Chinese drug syndicates and his main markets are the Visayas and Mindanao areas,” Villanueva added.

A kilogram of crystal meth or shabu, which is the subject of the buy-bust, was initially recovered, while another 180 kilograms were in the immediate vicinity of the operation.

Also seized from Bangon and Untavar were two pistols along with identification cards.

Another buy-bust operation was conducted in Barangay Magdalo, Bahayang Pag-Asa, Imus, Cavite at 9:15 in the evening Thursday, which led to the arrest of Aldwin M Micoleta, 47; and his wife Lani Micoleta, 45.

Confiscated from them were more or less 48 kilos of shabu.

“They are known distributors of illegal drugs in the NCR (National Capital Region) and Region 4A areas,” Eleazar said.

Eleazar added that the two buy-bust operations were part of the follow-up drug busts in Zambales and Bataan on Tuesday.

The Zambales operation led to the death of four Chinese nationals, including Xu Youhua, who was tagged as the main contact of an international drug syndicate in the country.