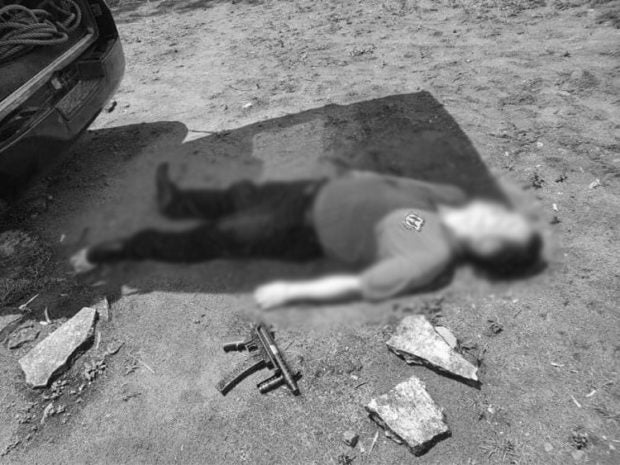 A Chinese national killed during a drug-sting operation of PDEA. CONTRIBUTED PHOTO

MANILA, Philippines — President Rodrigo Duterte on Wednesday said he is “sorry” for the deaths of Chinese individuals as a result of a recent buy-bust operation in Zambales, where operatives managed to seize what was arguably the biggest drug haul in the country this year.

“I’m sorry for the loss of lives, hindi naman natin ginusto ‘yan (We did not want that),” he said in a public address aired on Wednesday morning.

“The country where these guys come from should understand that we have laws to follow,” he added.

Four Chinese nationals, suspected of being part of a “big-time drug syndicate,” were killed in a drug sting in Barangay Libertador, Candelaria, Zambales on Tuesday.

During the operation, anti-narcotic operatives were able to seize 500 kilograms of “shabu” or crystal meth worth about P3.4 billion.

Duterte, during his public address, commended the authorities who conducted the anti-drug opeations in Zambales, as well as another drug sting in Bataan where three other Chinese suspects were arrested, leading to the seizure of another 80 kilograms of “shabu” worth P544 million.

“I would like to extend my highest commendation and my heartfelt gratitude for protecting the country against the destruction of drugs,” he said.

Meanwhile, he warned Filipinos abroad that he will not help them if they face legal troubles due to illegal drugs, even those facing executions.

(You Filipinos, if you get caught on drug charges abroad, I will not interfere. I will really not, even if you are facing execution.)

“Sabihin ko sa mga ambassador, ‘you do your thing, whatever you want to do,’ pero ako ayaw ko, ayaw ko talaga,” he added.

(I will tell ambassadors, ‘you do your thing, whatever you want to do,’ but I don’t want to interfere.)