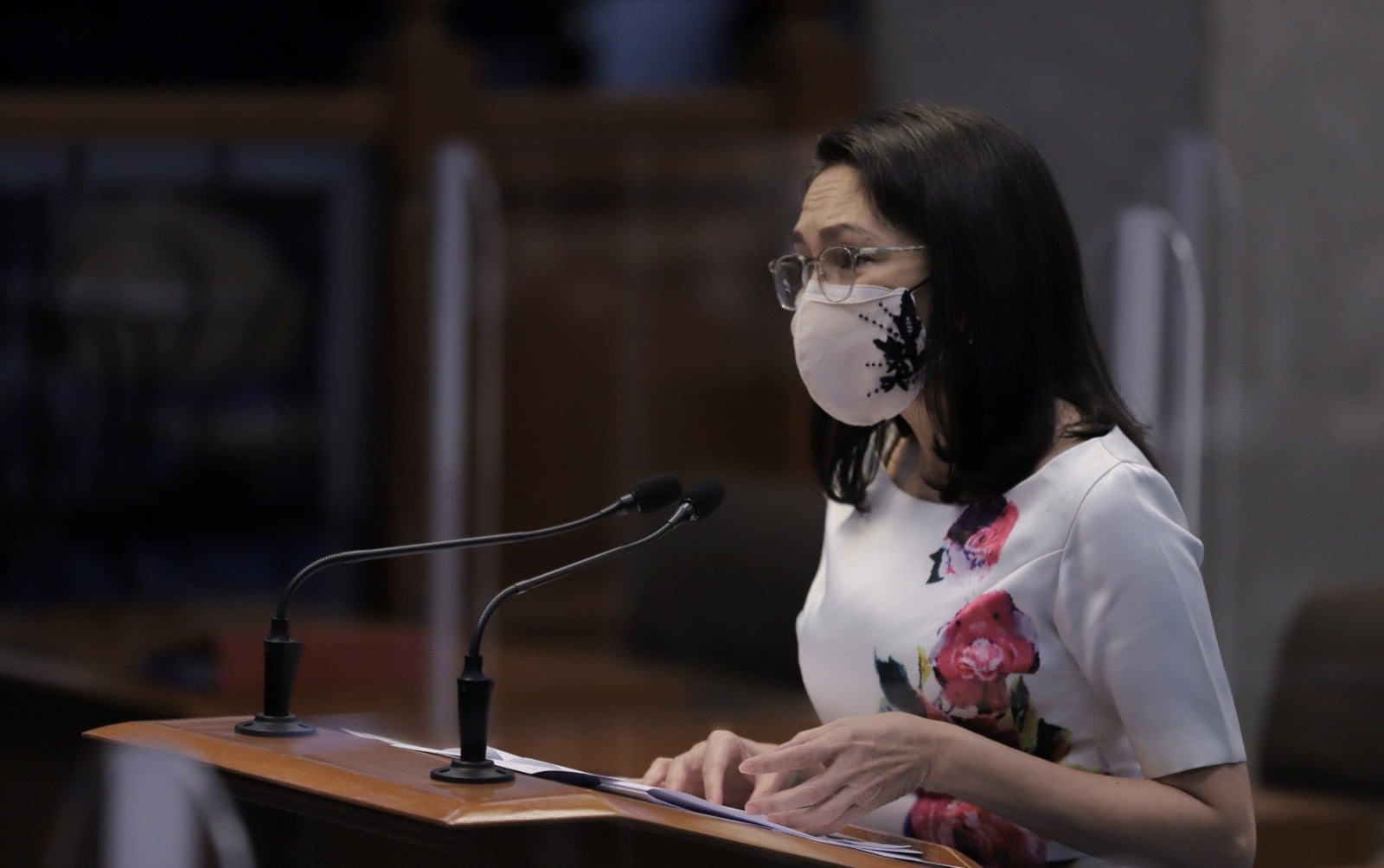 Senator Risa Hontiveros issued this call on Wednesday as she urged Malacañang to amend its “pre-Delta” 2022 national budget submission to Congress, saying it failed to allocate sufficient funds for “essential items” needed to help the country recover from the pandemic.

But the Department of Budget and Management (DBM) said it leaves the fate of the proposed budget to the legislative branch, adding it would honor any congressional changes made to the spending measure already submitted by the executive department.

“Pre-Delta yung assumptions nitong budget [The assumptions made to craft the proposed budget was pre-Delta], I would say return to sender,” Hontiveros said during the start of budget deliberations in the Senate finance committee.

“That might be like doing a u-turn with the Titanic,” remarked Senator Sonny Angara, chairman of the finance panel.

The proposed P5.024-trillion 2022 national budget submitted by the executive department to Congress for deliberation, according to Hontiveros, is “disconnected from the reality of the pandemic.”

She noted that under the 2022 National Expenditure Program, no funds were allocated for the benefits of health workers amid the pandemic as well as cash aid for “new poor” families and service contracting.

Further, she said the proposed P45-billion budget for booster anti-COVID shots next year was lodged under unprogrammed appropriations, which is dependent on the availability of excess revenue or funding.

“Malacañang has to send an amendment and an addendum to the 2022 budget to make sure the relief and response are at a high level,“ Hontiveros said.

The senator slammed the absence of funding for the special risk allowance (SRA) to healthcare workers, saying it was “unacceptable.”

(Despite the mounting calls and appeals of our healthcare workers for their SRA, how flagrant is it that next year’s budget does not have allocations for SRA, hazard pay, meal, accommodation and transportation allowances?)

The senator likewise questioned the lack of allocated funds for the “new poor” families eligible to be included in the Pantawid Pamilyang Pilipino Program (4Ps) under the Department of Social Welfare and Development.

Hontiveros also flagged the absence of funds allotted for service contracting that could support the operators of public utility vehicles who continue to suffer income losses due to the imposition of physical distancing and limited routes.

No additional funds were also allocated for the Commission on Elections to anticipate voting under the new normal, according to the senator.

She then pointed out that Malacañang should instead reduce the budgets of some agencies, such as the proposed P28-billion budget of the National Task Force to End Local Communist Armed Conflict, which is higher compared to its 2021 budget amounting to P19 billion.

Likewise, Hontiveros said infrastructure budgets should be lowered and that the DBM should merely ensure that there are multi-year obligation authorities that will finance connective network infrastructure in 2023 and onwards.

“As far as we all are concerned, we demand a budget that will effectively address the demands of the time. Common sense dapat na ang priority ay ang magliligtas ang buhay at kabuhayan ng ating mga kababayan [It should be common sense that the priority for the budget is aimed at saving the lives and livelihoods of our countrymen],” she stressed.

During the hearing, Hontiveros asked DBM officer-in-charge Tina Rose Marie Canda if the President can amend his own 2022 national budget submission to Congress.

While there is no law prohibiting the President from doing so, Canda said amending a “submission of the President’s budget” to Congress has not happened before, at least in her long years of service in the department.

“It’s just that we have a constitutional deadline to submit the budget, the budget of expenditure and sources of financing within 30 days from the opening of the Congress on the 4th Monday of July. So that’s the compliance that we did,” Canda explained.

“But in my long years in government, we’ve never had an instance where the President provides an amendment to his past submission, none that I remember,” she added.

Still, Hontiveros pushed for the possibility that adjustments be made by the President in order to make the proposed 2022 budget more fitting for the “Delta era.”

But Canda maintained that DBM has already left the fate of the budget to Congress.

“We’ve submitted the budget so we leave the fate of the budget in the hands of the legislature, which after all has the power of the purse,” the DBM official said.

“So whatever the budget looks like, in the implementation, we’ll just honor whatever changes there are,” Canda added.

Read Next
Clueless, ‘living in Disneyland’: Isko fires off another salvo at Duterte admin
EDITORS' PICK
PH study shows 1 in 4 COVID patients at risk for stroke
Print media group seeks tax breaks
Climate Change Commission and Nestlé PH to discover sustainability-focused solutions
Legarda emphasizes role of ICC/IPs in nation building this IP month
Work-From-Home is here to stay and requires reliable logistics
SC asked to compel gov’t action vs plastic pollution
MOST READ
Drivers now required to take driver’s education upon license renewal – LTO
Gordon to Duterte: You? Teaching me courtesy?
Can Marcos Jr. be disqualified?
Marcos Jr’s ‘special diploma’ from Oxford: You can have it, too
Don't miss out on the latest news and information.