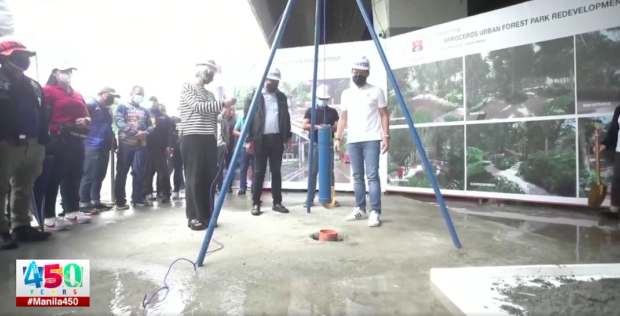 “As you know, Arroceros Park was almost lost. There was a plan to sell it, a plan to take away the place from us and our children, and all the other succeeding generations,” Domagoso said in a speech, speaking partly in Filipino.

“This will not be lost. Nothing will be taken away from it,” he added.

The improved urban forest park will have amenities like adult’s and children’s play areas, kiosks, and public toilets, along with landscaping that includes an elevated path walk, a special lighting system, and water fountains.

The area has been declared as a “permanent forest park” and dubbed it as the city’s “last lung” in an ordinance passed by the Manila City Council.

Domagoso’s predecessor at city hall, former President Joseph Estrada, once planned to turn the park into a gymnasium.

Missing the forest for the gym