Missing the forest for the gym

A plan to build a gym for the students and faculty members of the University of Manila threatens the existence of Arroceros Forest Park, often considered as Manila’s last lung
By: Krixia Subingsubing - Reporter / @KrixiasINQ
Philippine Daily Inquirer / 07:04 AM November 19, 2017 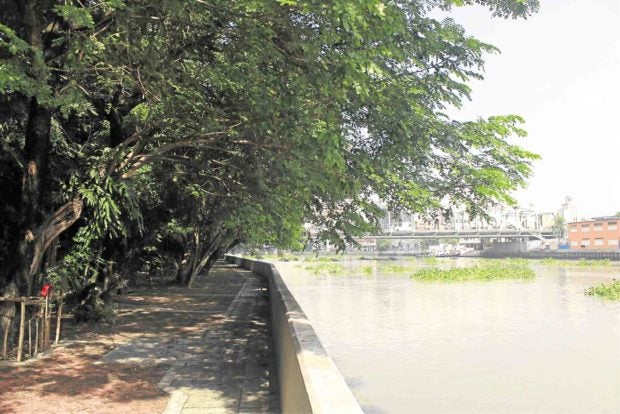 It has given new meaning to the term “urban jungle,” this canopy of greens that provides stark contrast to the gray monotony of surrounding pavement and railways in the heart of Manila.

Welcome to Arroceros Forest Park, a 2.2-hectare forest brought to life by a group of women environmentalists from Winner Foundation, who have turned this nondescript lot into a sanctuary from the grit and grime of the city.

“Our vision has always been simple: to create and preserve green spaces in Manila,” said foundation chair Regina Paterno. “We want to create a space where people can feel healthy and relaxed while also (seeing) the need to protect our environment.”

Considered Manila’s “last lung,” the park has been warding off rapid urbanization. Its latest battle pits its caretakers against Manila’s city government, which plans to build a university gymnasium on the forest land.

“I can’t believe we have to fight to keep what little green space we have left in the city,” said Chiqui Mabanta, Winner Foundation president. 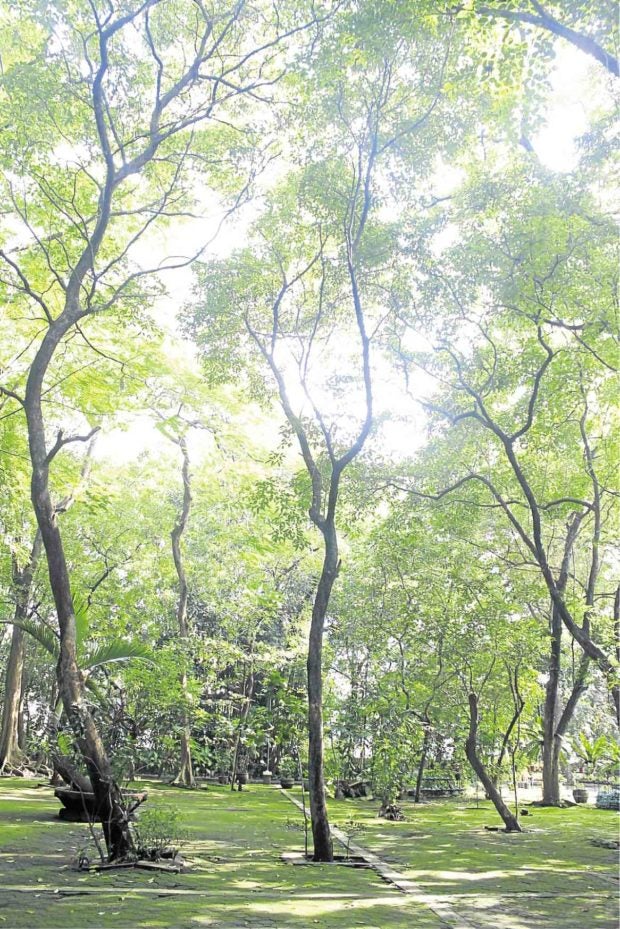 “Other countries would be proud to have and cultivate forests like Arroceros. Yet here we are, defending our trees—some of them centuries-old—from being cut down for a gym,” she said.

Although Manila Mayor Joseph Estrada has decided to defer repossessing the forest park, its caretakers face two options: turn over the park to the city, or hammer out another agreement to cultivate a similar piece of land near the original park.

“Should we just yield then?” Paterno asked. “We still have to weigh our options. But we’re definitely fearful for the destruction of the forest, as it’s [one of the] last remaining green spaces in Manila.” 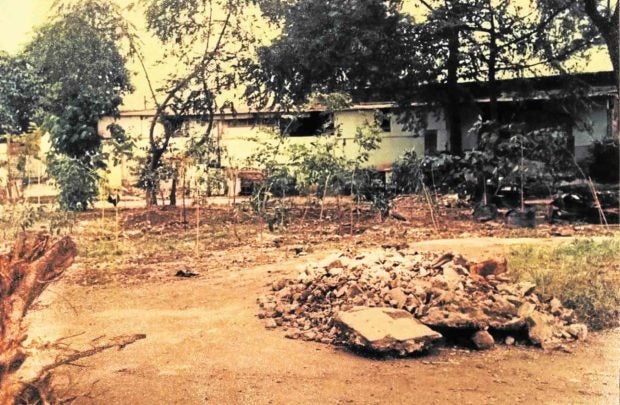 BEFORE FOREST PARK An old photo of Arroceros before Winner Foundation took over. —CONTRIBUTED PHOTO

Upon completion, the foundation was obliged to turn over the property to the city, which would then maintain and operate the place at its own expense and “solely as a forest park.”

Although the MOA does not impose a deadline on Winner, the foundation on its own crafted a 15-year development plan for the park, which was then annexed to the original contract, Paterno said.

Creating a forest from scratch had been an uphill struggle, she said, recalling how the group had raised funds, saw the park through destructive typhoons, and rallied support from government agencies.

The efforts had paid off. In the more than 30 years that Arroceros Park was under their care, the Winner women managed to turn the vacant lot into a teeming ecosystem of at least 60 indigenous tree varieties, 8,000 plants and 10 bird species.

But the women hesitate to describe their labor of love as complete. “Arroceros is still very much a work in progress. It’s not really a forest yet, especially since most of the 3,000 trees planted by Winner were felled when [former Mayor Lito] Atienza allowed the construction of the Manila Education Center building inside the park during his term. It’s a constant process of building and rebuilding,” Mabanta said.

The process apparently applies as well to the city government which wants to construct a gym for the students and faculty of the University of Manila on the park grounds. 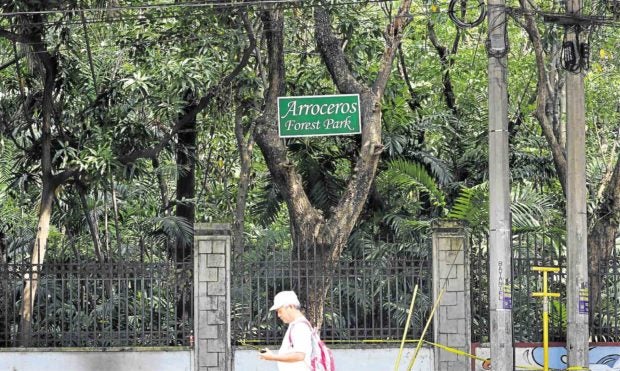 In a letter dated July 7 this year, Estrada ordered Winner Foundation to vacate Arroceros Park within 30 days, as Winner’s 15-year development plan, which was extended until 2013, had lapsed.

The mayor later deferred his decision to repossess the land after meeting with Paterno and members of Winner Foundaton, the Catholic Womens’ Club and Manila Doctors Hospital a few days before the vacancy order lapsed in August.

“However, the mayor did say he was going to study how best to use the property before making a decision,” she added.

The decision hinges a lot on how both parties define some of the terms of reference in the lot’s deed of sale. When the city school board bought the lot from the Land Bank of the Philippines for P65 million on Dec. 23, 1993, its deed of sale stipulated that the property would be used “solely for educational, sports and recreational and/or public service-oriented projects.”

Mabanta added: “The MOA [also] clearly states that after we turn over the park to (the city government), it must be kept ‘solely as a forest park.’ Building a gym violates that.”

With such limited options, the foundation is facing a quandary, Paterno said. “That’s why we appeal to [Estrada]. We know that deep in his heart, he loves Manila and that he will make the right decision.”

For now, all the women can do is hold their breath.

“As we speak, there is no plan yet. The land remains under the management of Winner Foundation,” said Bambi Purisima, Manila public information officer.

Secretary to the mayor Edward Serapio said the city government had informed Winner Foundation of another property intended for park purposes. “They can visit it, and if they’re interested, they can make a proposal to the city.”

But for the women of Winner Foundation, the answer is much simpler.  Said Mabanta: “There is no contest between a gym and a forest. That anyone should think otherwise is laughable. Only a few people can enjoy a gym. But a forest exists for present and future generations.”