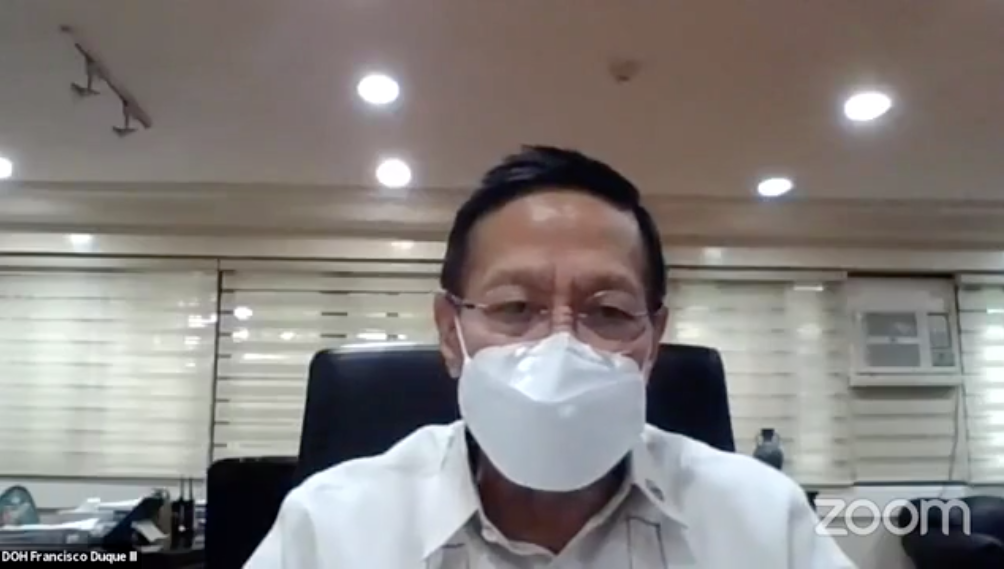 It looks like health-care workers awaiting their long-delayed benefits have again been left out in the cold.

Their special risk allowance (SRA) does not figure in the proposed budget of the Department of Health (DOH) next year because the allocation for its COVID-19 response was slashed by the Department of Budget and Management (DBM), according to Health Secretary Francisco Duque III.

At the House of Representatives’ budget hearing on Thursday, Duque said the DOH had initially proposed P73.99 billion in COVID-19 funds but the DBM rejected it, reducing the allocation for pandemic response to only P19.68 billion.

As a result, there are no funds allotted for the health-care workers’ SRA and other benefits in the proposed DOH budget for 2022.

“Our proposed budget with the DBM in June was actually 73.99 billion. The breakdown of that would be for the actual hazard duty pay, the SRA, the meals, accommodation and transportation, and life insurance, for P50.41 billion,” Duque said.

The Inquirer sought the DBM’s comment through its spokesperson, Budget Undersecretary Rolando Toledo, but he had yet to reply at press time.

Health-care workers in both public and private hospitals had been holding protest actions to press the government to release the SRA and other allowances due them by law and to demand Duque’s resignation. Sept. 1 was the deadline President Duterte had given health and budget officials to make the payments.

During Wednesday’s hearing conducted by the House committee on health, Duque said the budget for the health-care workers’ SRA was lodged in the proposed P401-billion Bayanihan 3 bill.

The House passed the proposed third stimulus package last June 1 but it remains pending in the Senate.

But even if the Bayanihan 3 is passed into law, it has no itemized allocation for the health-care workers’ SRA, Marikina Rep. Stella Quimbo pointed out to Duque on Thursday.

The SRA really depends on the General Appropriations Act, she told him.

Health Undersecretary and treatment czar Leopoldo Vega said on Wednesday that over 100,000 health-care workers had yet to receive the SRA.

Duque may have civil and criminal liabilities for the delayed release of the SRA, lawyer Neri Colmenares, chair of the activist group Bayan Muna, said on Thursday.

Colmenares said Duque may be charged with violation of Republic Act No. 3019 or the Anti-Graft and Corrupt Practices Act for “causing any undue injury through gross inexcusable negligence.”

Health-care workers are supposed to receive the special risk allowance of up to P5,000 per month from December 2020 to June this year.

“Why was it not distributed?” Colmenares said. “The problem with Secretary Duque is that with the risks the health workers undergo, he did not act with urgency.”

Duque may also be held administratively liable for violating the code of conduct for public officials, Colmenares said.

He said that aside from criminal and administrative complaints, the health chief should expect civil cases for damages due to gross negligence and incompetence.

“He has let resources sit idly when the government should be spending to improve the COVID-19 response, including benefits for front-liners,” Colmenares said.

He said Duque should resign immediately.

At a House hearing on Aug. 17, Quimbo said the names of 526,547 eligible health-care workers were submitted by the DOH to the bicameral conference committee for coverage under Bayanihan 2.

But only 384,159 received the SRA and other benefits, leaving more than 100,000 still waiting for their allowances.