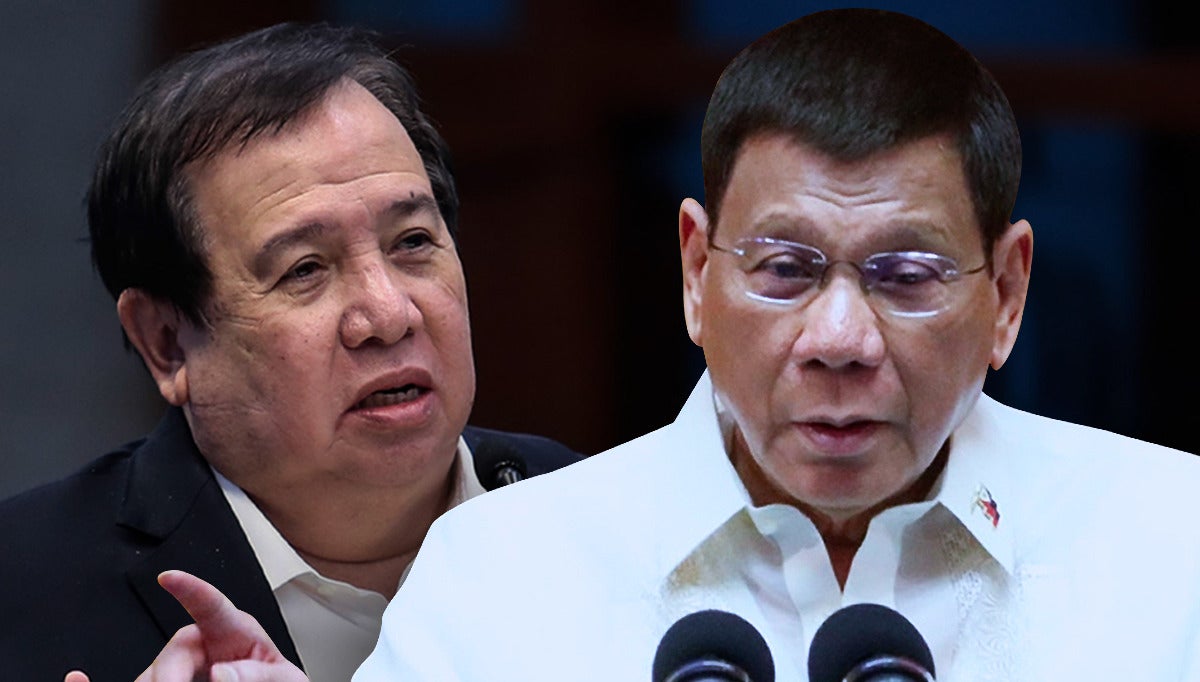 MANILA, Philippines — President Rodrigo Duterte is showing a “false sense of leadership” and is supposedly “covering his tracks” in defending those tagged in the purchase of “overpriced” medical supplies last year, Senator Richard Gordon said.

“I don’t why the President leans over backward for his people,” Gordon said in an interview over ABS-CBN News Channel on Wednesday.

Asked if he believes there is an attempt to cover up the issue, the senator said: “Definitely.”

“With the President backing them up? Yes, covering his tracks, trying to protect his people…it’s a false sense of leadership,” Gordon also said.

Gordon is leading the Senate blue ribbon committee in investigating the procurement of “overpriced” personal protective equipment, face masks, and shields made by the Department of Budget and Management-Procurement Service (DBM-PS) on behalf of the Department of Health in 2020.

Among the suppliers is Pharmally Pharmaceutical Corp., which bagged government contracts worth over P8.6 billion in 2020 despite being only several months old and having just P625,000 in paid-up capital.

One of the personalities being grilled by the upper chamber is former DBM-PS head Christopher Lao, whose appointment was earlier defended by Duterte.

Amid the Senate’s inquiry, Duterte has also ranted against senators, particularly, Gordon.

According to Gordon, the President should be the first one to castigate his people who are proven to have done something questionable instead of slamming the Senate for doing its job.

(Why would you get angry at the Senate, Mr. President, when we’re just doing our oversight mandate?)

(Because if we won’t exercise our duty, my analogy, it’s like we’re allowing the snake and the alligator inside a poultry farm, they will devour all the poultry.)

Meanwhile, Gordon said the Office of the Ombudsman may have already been “compromised” since an official at the agecy has links to the DBM-PS.

“Makakagalaw ba yan? Ang situation napaka-difficult,” he said when asked if the Ombudsman should also conduct its own probe on the issue.

(Will they be able to move? The situation is difficult.)

(Someone from the PS-DBM is now the number 2 in the Ombudsman: Liong.)

He was referring to Overall Deputy Ombudsman Warren Rex Liong, who previously served as one of the directors of the DBM-PS.

“That is why it’s compromised because naglagay ka ng tao na kasama nitong si Lao, taga-Davao….He (Ombudsman Samuel Martires) must skirt around Liong. He must be conducting a quiet investigation. Is he? Dapat tanungin ‘yan,” he stressed.

(That is why it’s compromised because a person linked to Lao is now there at the Ombudsman. He must skirt around Liong. He must be conducting a quiet investigation. Is he? That should be asked.)

On Tuesday, the Senate ordered the arrest of former presidential economic adviser Michael Yang and five Pharmally officials after they skipped the hearings despite being subpoenaed.

In a previous public address, the President also defended Yang, who was linked to the controversial procurement of medical supplies after a 2017 video showed him introducing Pharmally officials to Duterte in Davao City.

Yang, through his counsel, had apologized for his absence, saying he did not personally receive the subpoenas issued for him.

He, however, expressed “full and complete cooperation to provide information that your Honorable Committee may need for him in aid of legislation.”