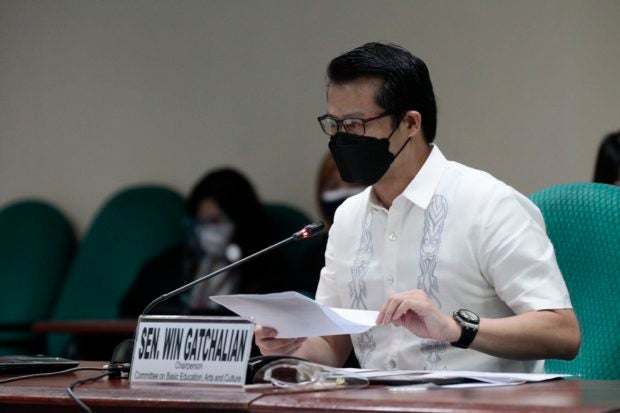 MANILA, Philippines — Senator Sherwin Gatchalian on Tuesday called for the abolition of the Philippine International Trade Corporation (PITC) and the Department of Budget and Management-Procurement Service (DBM-PS), which he said agencies use for their “bad habit” of parking funds.

Gatchalian made the call amid concerns raised on the allegedly overpriced medical supplies purchased by government agencies through the PITC or the DBM-PS.

Senator Imee Marcos has said she is eyeing to file a bill that would abolish PITC and the DBM-PS and suggested giving the two agencies a P1 yearly budget.

When funds are parked in these agencies, Marcos said it “outlives its usefulness” and becomes prone to irregularities in the procurement.