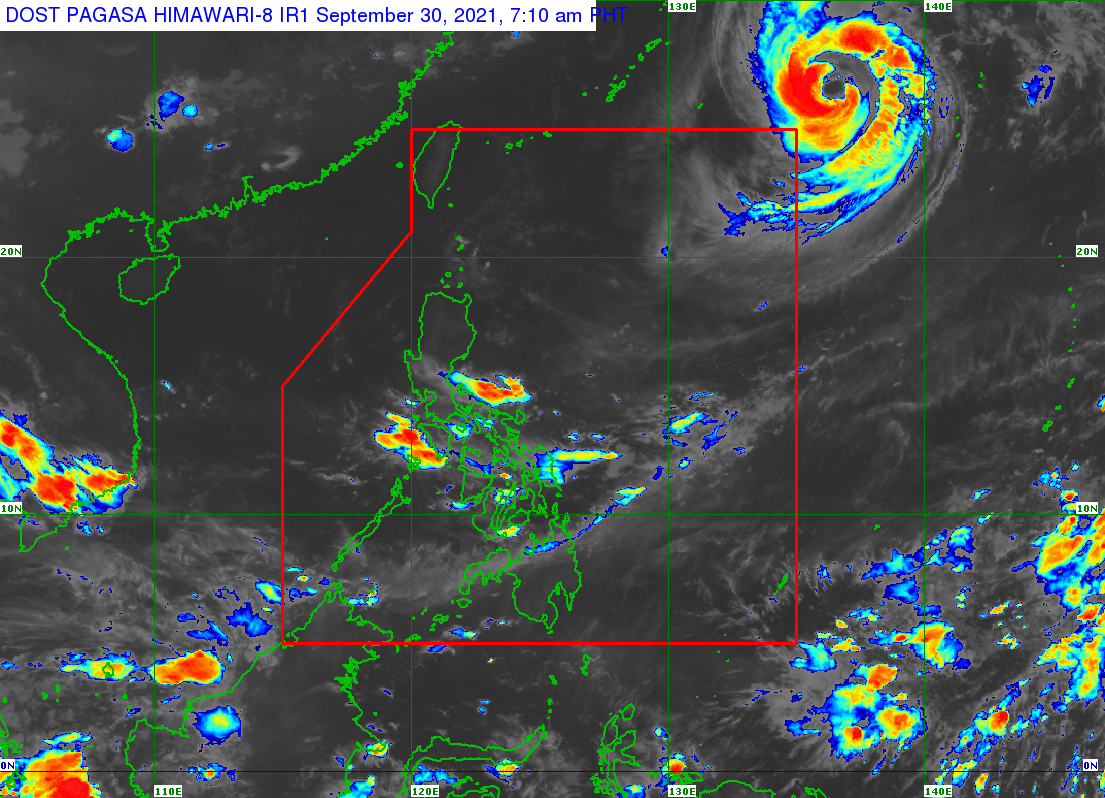 LEGAZPI CITY—Masbate and Camarines Sur officials on Tuesday ordered the forced evacuation of residents living in high-risk areas and the suspension of work and classes due to the threat of Typhoon “Jolina” (International name: Conson).
Masbate Gov. Antonio Kho said in an advisory the families living in areas prone to flooding, landslides, and storm surge were ordered to evacuate to safer grounds.
The number of evacuees is yet to be determined and released to the media as of Tuesday noon.
Kho also suspended online classes at all levels in private and public schools, work in government and private offices, and mall operations.
All local disaster units were placed on heightened alert status.
Camarines Sur Gov. Miguel Luis Villafuerte also ordered the suspension on Tuesday of work in government offices and online classes at all levels, in public and private schools.
Work suspension for private companies and offices is, however, left to the discretion of their respective heads, Villafuerte said.
Those involved in public safety, emergency, medical services, and disaster response in both provinces shall continue their operations.
The Philippine Atmospheric, Geophysical, and Astronomical Services Administration (Pagasa) said in its 8 a.m. weather bulletin that Jolina has emerged over the Samar Sea and moving towards Masbate.
Moving northwest at 15 kilometers per hour (kph), the typhoon is packing maximum sustained winds of 120 kph near the center and gusts of up to 150 kph, the weather bureau said.
Pagasa said Tropical Cyclone Wind Signal No. 3 was hoisted over the northern and eastern portions of Masbate (Pio V. Corpuz, Palanas, Cataingan, Placer, Dimasalang, Uson, Cawayan, Esperanza, Mobo, Aroroy, Baleno, City of Masbate, Mandaon, Milagros), including Ticao and Burias Islands.
Signal no. 2 was raised over Albay, Sorsogon, the rest of Masbate, the western and southern portions of Camarines Sur (Del Gallego, Lupi, Ragay, Libmanan, Sipocot, Cabusao, Pasacao, Pamplona, Gainza, Camaligan, Canaman, Magarao, Bombon, Naga City, Pili, Ocampo, Iriga City, Sagñay, Buhi, Milaor, San Fernando, Minalabac, Bula, Nabua, Baao, Balatan, Bato, Calabanga), and the western portion of Camarines Norte (Capalonga, Jose Panganiban, Labo, San Vicente, San Lorenzo Ruiz, Santa Elena).
Signal no.1 was raised in Catanduanes, the rest of Camarines Sur and the rest of Camarines Norte.