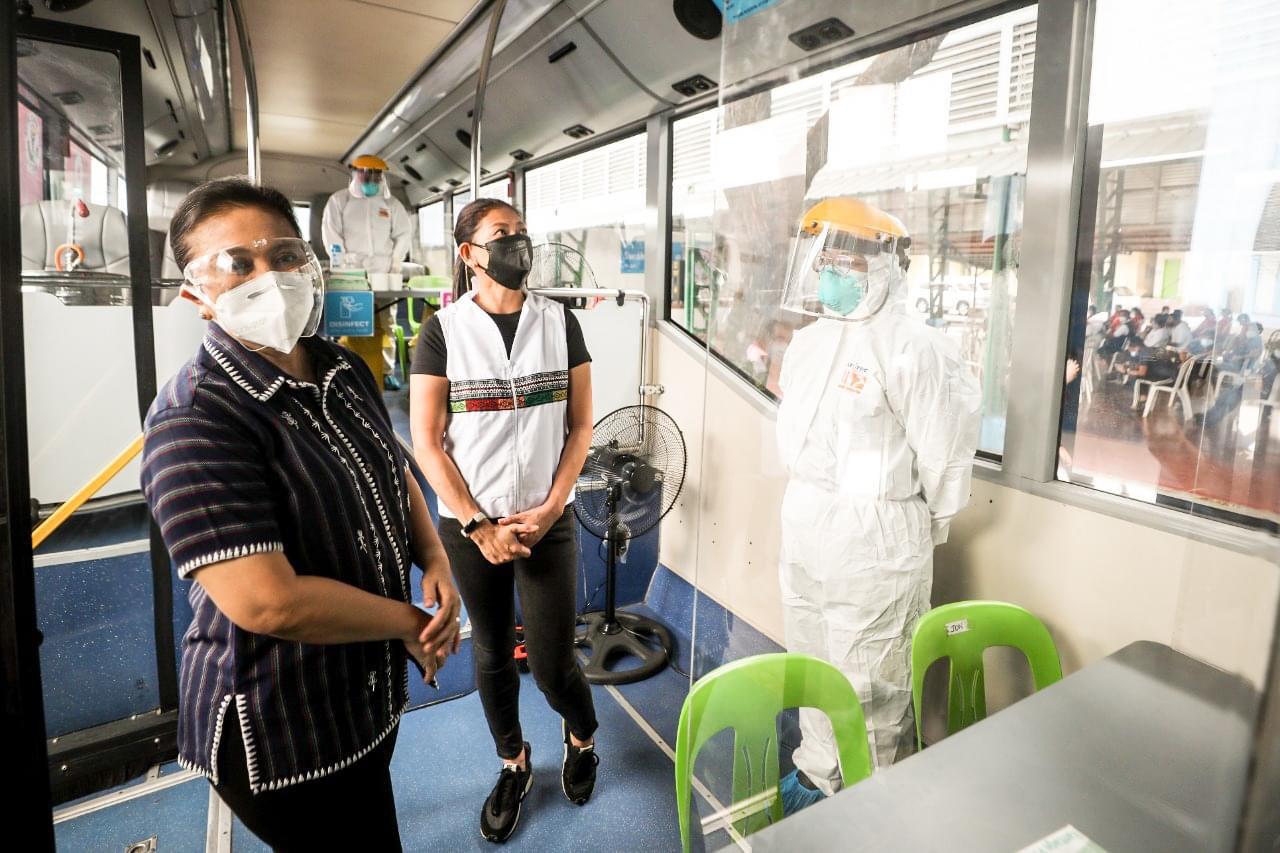 FILE PHOTO: Vice President Leni Robredo during the rollout of the OVP Swab Cab in Marikina. Image from her Facebook page

MANILA, Philippines — Grassroots organizations have pledged to support Vice President Leni Robredo on her possible bid to become president because of her response to the COVID-19 pandemic, Senator Francis Pangilinan said.

Pangilinan, who is also the president of the Liberal Party (LP) where Robredo is a member, said on Thursday that there is enough proof to show that the Vice President has been working steadily to help contain the spread of COVID-19.

(All who want VP Leni to become president choose her because they have experienced her service, especially in this pandemic.)

Pangilinan is referring to the recent expressions of support for Robredo from various organizations — from lawyers, the LGBTQIA+ community, student and youth groups, and the rural sector.

Over the past two weeks, several movements operating under the volunteer group Team Leni Robredo have officially launched their campaigns to persuade the Vice President to run for president in the 2022 National Elections.

(She is like a mother. More than for the urgent needs like food, PPE, testing, medicines, and even psycho-social support. Her tireless service also fills us with hope.)

At present, Robredo has yet to announce her decision to join the 2022 presidential race.  But on Wednesday, Office of the Vice President (OVP) spokesperson Barry Gutierrez said Robredo is nearing her deadline, with the support of the grassroots movements being considered.

Robredo said she is open to possibilities, including running for president or for a local position. One primary consideration, she said, is what is be the best scenario for the opposition.

Like Robredo, Pangilinan said he is also looking to unite the opposition and field a single candidate for the 2022 elections.  But the senator stressed that it should be Robredo who would run for president.

(As she gives us inspiration, let’s inspire her more with our support. Let’s gather our own small social networks and work to convince her to decide what’s best for our health, our future, our children.)

Last Friday, representatives of the LGBTQIA+ for Leni, expressed support for the Vice President’s capability, believing that she will usher in reforms for their sector.

Other groups pushing for Robredo’s presidential bid include the Lawyers for Leni and the Alliance of Labor Leaders for Leni.