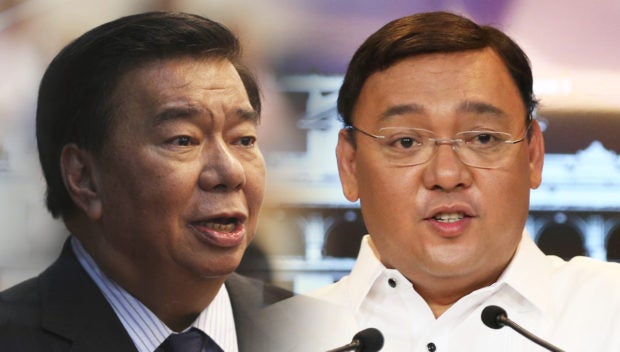 MANILA, Philippines — Senate Minority Leader Franklin Drilon on Wednesday called out presidential spokesperson Harry Roque for what he branded as a “malicious,” “unmanly,” and “desperate” attempt to divert attention from the alleged “overpriced” purchase of pandemic-related goods under the Duterte administration at his expense.

“Spoken like a true troll. It is very unmanly and desperate of Roque to even mention my name. It is very malicious, and it is a futile attempt to divert attention away from this organized plunder,” Drilon said in a statement.

Drilon was reacting to Roque’s remarks during his Palace briefing earlier, wherein the latter insisted that the personal protective equipment (PPEs) bought by the Duterte admin were not overpriced.

Roque then claimed the PPEs purchased under the Aquino administration at a higher price, and even specifically mentioning Drilon’s name to explain why these items were bought by the senator’s allies at “double the price.”

The Senate blue ribbon panel committee is currently investigating the controversial procurement of “overpriced” medical supplies through the Department of Budget and Management-Procurement Service under its former head, lawyer Christopher Lao.

The company at the center of the probe is Pharmally Pharmaceutical Corp., which bagged government contracts worth over P8.6 billion in 2020 despite being only several months old.