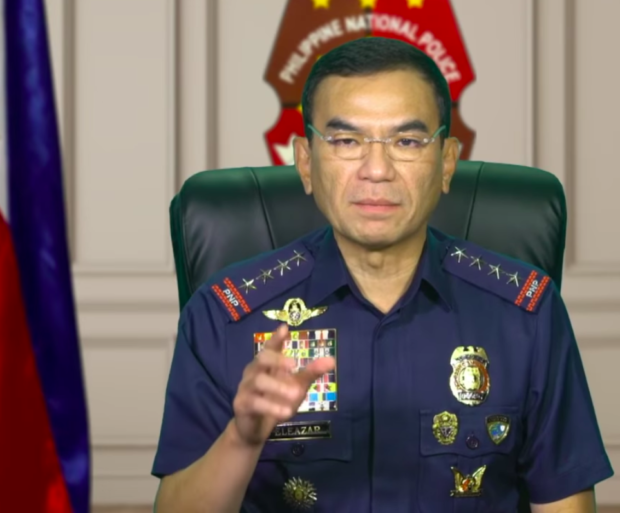 Eleazar said on Wednesday that he had directed PRO-3 Regional Director Brig. Gen. Val de Leon to do a thorough investigation of the incident, as two individuals were using motorcycle units issued to the police for showboating stunts in Zambales.

He said that De Leon should determine if the men on police motorcycles were really authorized officers.

(After I watched this viral video, I immediately ordered the regional director, Police Brig. Gen. Val de Leon and even the Highway Patrol Group to identify, investigate and impose the right punishment for these kamote riders.)

(My directive included confirming whether they are, in fact, police officers.)

If they are indeed police officers, Eleazar said they would be reprimanded. He also appealed to motorists and other law enforcement officers not to imitate what these alleged law enforcers were doing because it was dangerous.

(I am expecting a quick resolution to the investigation being done, and I also warn other police officers who are motorcycle riders to avoid copying this irresponsible and clown of a rider.)

The videos show two men wearing police uniforms traversing a road in Zambales. Despite a double yellow line in the middle – a traffic signal barring overtaking – one of the riders was positioned on the opposite side of the two-lane road.

Aside from crossing the opposite lane, the rider was seen sitting sideways, even as other motorists approached.  The other rider took a standing position while controlling the motorbike.

Many netizens condemned the alleged police officers after seeing the video on social media.  Filipinos used the term “kamote” to refer to boastful, unruly and stupid motorcycle owners and riders, drivers and cyclists.

According to Eleazar, stunts should not be performed on public roads because they could endanger their lives and those of others.

(There is a proper place to do these activities, and it should never be done on public roads because these can be dangerous for motorists and other people near these streets.)