MANILA, Philippines — Malacañang on Wednesday turned the table against the opposition, claiming the personal protective equipment (PPE) bought by the previous administration were even more costlier than those procured by the Duterte administration during the pandemic.

In his regular press briefing, presidential spokesperson Harry Roque likewise denied that PPEs sourced by the government for use of health care workers were overpriced, bought at P1,700 each at the height of the pandemic in 2020, and which are now under the scrutiny of Congress.

(Is this overpriced? No. During this time, all countries were suddenly looking for PPEs.) 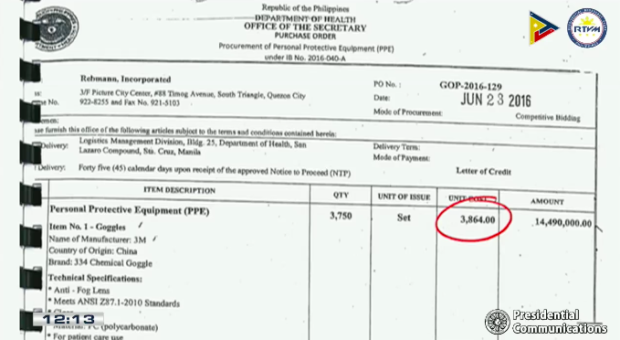 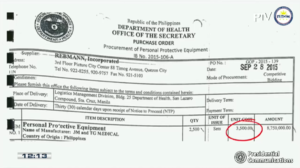 Roque also singled out Senate Minority Leader Franklin Drilon, urging him to explain why the PPEs bought by his allies were “double the price.”

(Senator Drilon, please explain why your allies bought PPEs at double the price during a time when there was no pandemic yet.)

(Someone surely made money, but not under this administration.)

Senator Risa Hontiveros had questioned the Procurement Service of the Department of Budget and Management (PS-DBM) for its procurement of PPEs from Pharmally Pharmaceutical Corp. which she said was marked by the Taiwanese government for financial fraud.

As early as September 2020, Hontiveros expressed alarm over the PPEs procured saying it was bought at a “very conservative” overprice of P1 billion.

In response, the DBM said the government actually saved P800 million from the emergency purchases of the PPEs from Chinese companies.