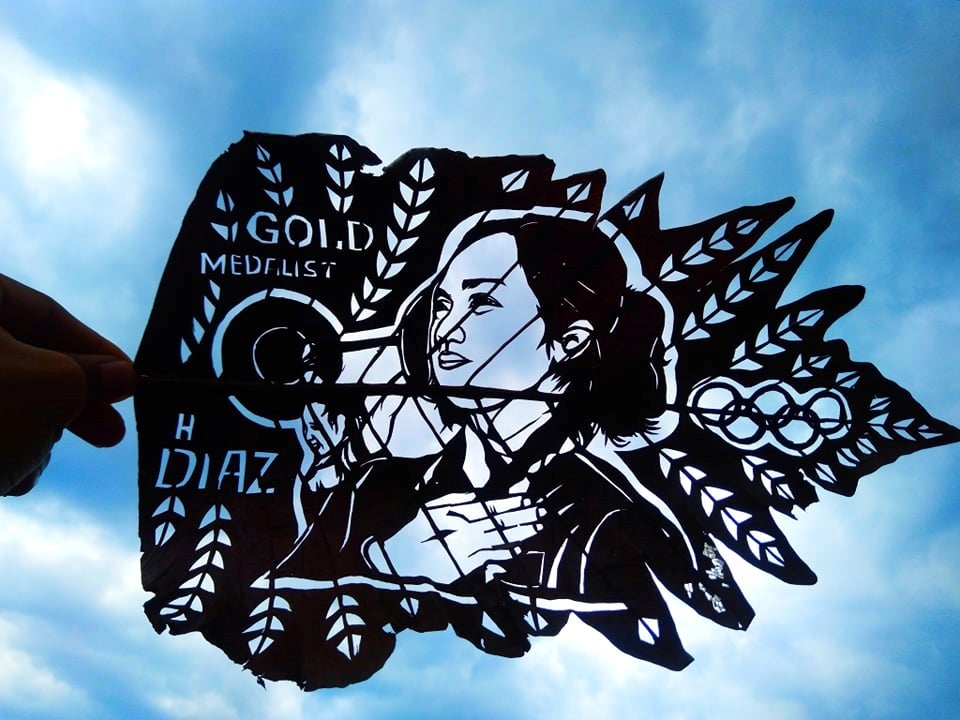 A portrait of Philippines’ first Olympic gold medalist Hidilyn Diaz made on a local fern known as “salikupkop.” (CONTRIBUTED PHOTO)

ORMOC CITY––A 22-year-old artist from Samar paid tribute to the Philippines’ first Olympic gold medalist Hidilyn Diaz by creating a portrait of the weightlifting star on a local fern known as “salikupkop.”

It took him about four hours to finish the portrait.

“Diaz brought a big honor to the country and I am one of those who believe in her,” said Managaysay in an interview on Facebook Messenger.

“I hope she (Diaz) will continue to give honor to the country so that she will inspire many Filipinos,” he added.

Managaysay, a junior education student at the Samar State University in Catbalogan City, has been doing leaf portraits of different personalities in the country and abroad.

His latest subject was Diaz, who edged out Liao Qiuyun of China in the women’s 55-kilogram weightlifting competition to win the gold.

Monico Puentevella, president of the Samahang Weightlifting ng Pilipinas president, said Diaz’s victory proved that Filipinos could rise above the worst of times.

“It is an inspiring story of a Pinay from humble beginnings who overcame poverty and misery through hard work, faith in God, and oneself,” said Puentevella, a former Bacolod City mayor and congressman.

Puentevella, who was at the Tokyo Olympics with Diaz, hoped that Diaz would inspire young people to conquer their inadequacies and believe that Filipinos could rise to the occasion.

Negros Occidental Gov. Eugenio Jose Lacson, for his part, said Diaz’s victory should be “an inspiration to future athletes that we Filipinos can compete against the world’s bests.”

“Together with officials and the people of Bacolod, we join the rest of the nation in congratulating Hidilyn Diaz for her historic feat in the Tokyo Olympics. Her Olympic gold medal makes us happy and proud,” he said.

“When (he) Puentevella comes back from the Olympics, maybe we can start our weightlifting program in Negros Occidental,” he said.