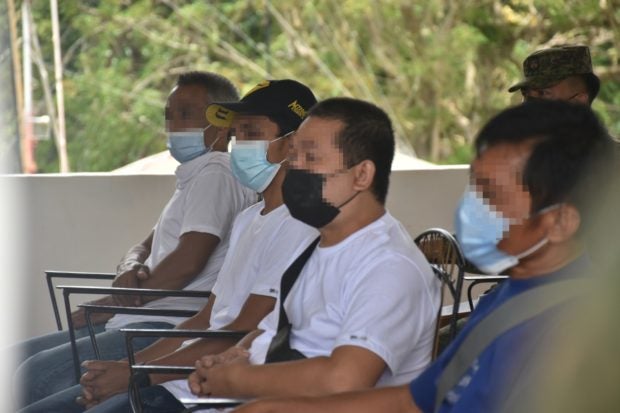 The bandits turned themselves over to the 1102nd Infantry Brigade Headquarters last Monday, with their 3 M1 rifles, 1 M1 Garand rifle, 1 Uzi sub machine gun, 1 US Carbine rifle, and  KG9 pistol, the Joint Task Force Sulu said in a statement.

“These people have once gone astray. We are glad that they choose a life of peace instead of hiding,” said 11th Infantry Division Commander Maj. Gen. William Gonzales.

According to an interview conducted by the task force, one of the surrenderees, Totoh Engal, admitted involvement in the Sipadan kidnappings in 2000.

The alleged ASG member also said that he joined the terror group when he was 25 years old and that he was once wounded in an encounter with the military.

Gonzales said those who yielded will receive livelihood assistance from the government.