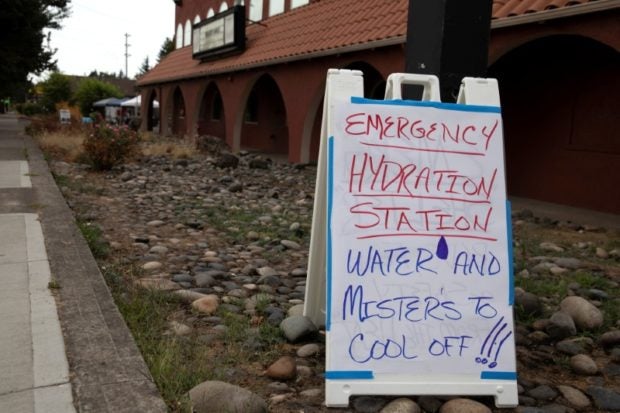 Sunrise Center is set up as a cooling station as a heat wave hits the Pacific Northwest in Portland, Oregon, U.S., July 30, 2021. REUTERS FILE PHOTO

PORTLAND, Oregon — Temperatures rose across the U.S. Pacific Northwest on Tuesday as residents of Portland, Oregon and Washington state prepared for a third punishing heat wave of the summer.

The National Weather Service issued excessive heat warnings for Portland and Medford, Oregon, much of the Columbia River Gorge and Willamette Valley, along with the Vancouver, Washington area.

“Extreme heat will significantly increase the potential for heat related illnesses, particularly for those working or participating in outdoor activities,” the weather service said in an advisory.

Oregon Governor Kate Brown declared a state of emergency in anticipation of the sweltering heat and the city opened cooling enters for residents without air conditioning.

Power grids could be tested, especially during the hottest days, forecast to come on Thursday and Friday as a high pressure dome builds over the Pacific Northwest.

The same atmospheric conditions were blamed for a heat wave in July that scorched much of the U.S. West and fueled a string of wildfires that have burned throughout much of the summer.

The Dixie Fire, burning in Northern California has charred , some 500,000 acres, making it the second largest wildfire in state history. Three people have been injured in that blaze.