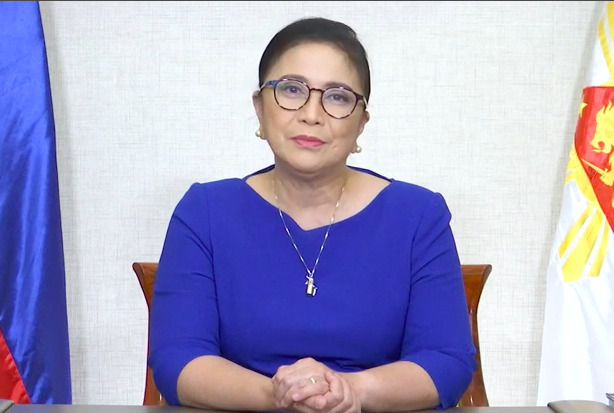 MANILA, Philippines — Despite the threat of the COVID-19 Delta variant and a high positivity rate, the government has yet to increase its testing capacity to combat the current surge, according to Vice President Leni Robredo.

Robredo said that the low COVID-19 testing numbers per day — at just around 50,000 per day — raises questions on whether the government is only able to spot a small number of cases.

“One of my recommendations was to increase testing at 120,000 a day.  I was telling you earlier na 21 percent ‘yong positivity rate natin kahapon, at 8,900 cases.  Pero when you look at how many tests were conducted, nando’n pa rin tayo sa dati nating level before, which is in the range of 50,000 tests,” Robredo told CNN Philippines on Tuesday.

(I was telling you earlier that our positivity rate was at 21 percent, at 8,900 cases.  But when you look at how many tests were conducted, we are still at the level before this surge, which is in the range of 50,000 tests.)

“So gustong sabihin [so this only means that] we should really test more, kasi [because] the international standard is positivity rate should be less than five [percent].  So if it’s 21 percent per day, and we conducted [just] 50,000 tests […] we are not testing enough.  And this is something that we have repeatedly recommended since last year, that we should test more,” she added.

Increasing testing is important, the Vice President says, so that government can actually isolate areas where rapid community transmissions are taking place.

(We should test more so that we can see where the transmissions happen.  Why is that important? So that we can isolate them immediately.)

Ramping up COVID-19 tests is one of Robredo’s suggestions last Wednesday, along with pushing daily vaccination rates to over 750,000 while intensifying contact tracing efforts.

Such measures are necessary, she said, so that the enhanced community quarantine (ECQ) over Metro Manila and other areas would be the last of its kind.

But Robredo earlier admitted that in the face of the Delta variant — said to be 60 percent more transmissible than the Alpha variant that caused the previous surge in the country — the numbers she suggested may not be enough anymore.

(We are in a more precarious situation compared to the previous surges.  For example, epidemiologists said that the transmission rate of COVID-19 without the variants was just at two to three.  But the Delta variant is six to nine (patients), which means that the transmissions would be quicker.)

“So before, kahit no’ng August 4 nagsabi ako ng mga numero like we should be testing more, we should be vaccinating 750,000 a day already, pero with the new information about the Delta variant mukhang ‘yong dati nating recommendations hindi na pwede,” she added.

(So before, even in the suggestions I made last August 4, I gave several numbers like we should be testing more, we should be vaccinating 750,000 a day already, but with the new information about the Delta variant it seems that our old recommendations would no longer suffice.)

On Monday, Robredo revealed that their telemedicine assistance initiative Bayanihan E-Konsulta has seen a spike in requests for assistance and messages, similar to what happened in March 2021 to May 2021 Alpha variant-led surge over Metro Manila and other areas.

According to Robredo, the daily average messages for Bayanihan E-Konsulta for just the month of August are at 209 cases per day — including 276 on August 6.  She then updated her post, saying that Monday’s request count already topped 400 as of 6:30 p.m.

This uptick reveals that the National Capital Region’s hospital occupancy is quickly rising, as the Bayanihan E-Konsulta was seen as an alternative to physically visiting hospitals to get treatment for ailments that patients are not sure about in terms of whether it is COVID-19 or not.

On Monday, St. Luke’s Medical Center admitted that their COVID-19 wards and intensive care units in both their Quezon City and Global City branches are now in full capacity.  The hospital also announced that patients are awaiting admission to emergency rooms.

The Medical City in Pasig also made a separate announcement but with the same message — that their hospital allocation for COVID-19 patients is already full.