Robredo: PH can no longer stand another six years of Duterte-style governance

Says 2022 isn’t about her wanting to be president, but finding winning formula
By: Gabriel Pabico Lalu - Reporter / @GabrielLaluINQ
INQUIRER.net / 11:28 AM August 10, 2021 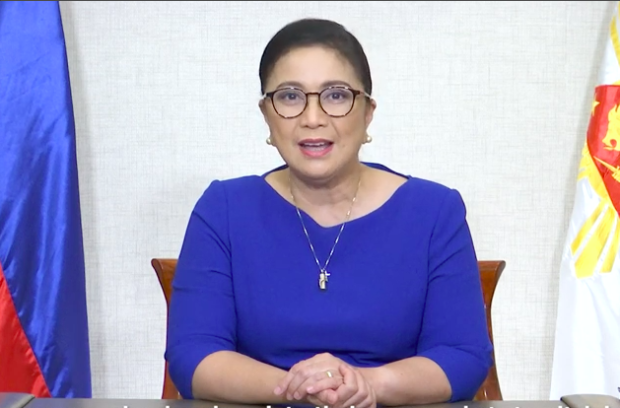 MANILA, Philippines — Vice President Leni Robredo said the country can no longer last another six years of the same governance as that of President Rodrigo Duterte, and this is having an effect on her decision to unite the opposition to support a single candidate for the 2022 elections.

Speaking to CNN Philippines’ The Source, Robredo downplayed rumors as to why she has not yet released a decision on whether she would run for president in 2022, amid reports that she is trailing in the surveys and supposed talks with various sectors.

“I know that the 2022 elections are very important elections, it would determine what we want for the country in the next six years, after the elections… And sa akin (for me) I’ve repeatedly said this, na I don’t think that the country can last another six years with this kind of government practically because we’re in the middle of the pandemic.  And we saw how governance plays a very crucial role in crisis situations,” she said.

Robredo claimed that the upcoming 2022 national elections is no longer about whether she wants to be the next president, as it has become more about finding a winning formula for the opposition.

(My decision involves a lot of many factors, it’s not just the numbers because that is what other people think, that what’s keeping me from deciding is just the numbers. It’s not that.)

(Others meanwhile think it is borne out of my personal convenience.  I said that ‘I’m way past that.  So it’s no longer a question if you want to be president or not, because for me, it’s more of a sense of duty.)

Robredo and Duterte were already at odds since 2016, as both leaders come from separate and opposing camps. However, the Vice President’s suggestions and criticism became more frequent and sharper with the COVID-19 crisis at hand, as she urged the government to address issues squarely.

She said that the administration’s response to the pandemic is one of the main reasons why the opposition needs to unite for 2022.

But she stopped short of revealing what her plans really are, in connection to the talks that she has been doing with several political stakeholders.

(So for me, my belief is that it is my obligation to find several options not for me but regarding what would be best for the country. And if we say for the country’s welfare, again it’s many different things.)

Robredo is one of the political figures rumored to be making a run for the presidency, along with Manila Mayor Isko Moreno, Senators Panfilo Lacson, Grace Poe, Richard Gordon, and Davao City Mayor Sara Duterte-Carpio.

As of now, only Lacson has openly stated his political plans.  Recently also, Robredo talked with Lacson and Gordon for a possible unity coalition for 2022.

Robredo’s talks with Lacson however took off the wrong turn when the two officials failed to agree on their unification plan, with the Senator saying that Robredo rejected his proposal that would have surely ushered in unity.

However, Robredo and her spokesperson Barry Gutierrez have maintained that she remains open to stepping aside if the best scenario for the opposition is her being a moral compass than being a candidate.