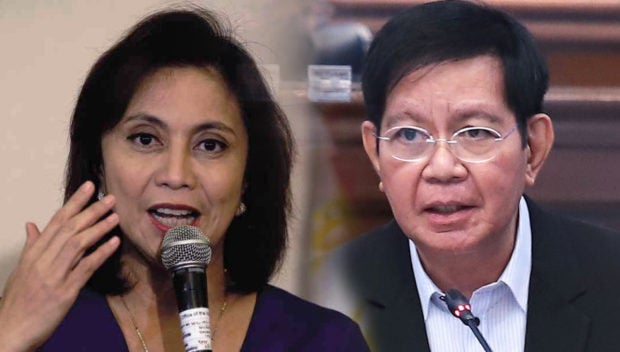 Sen. Panfilo Lacson revealed on Thursday that Vice President Leni Robredo “resisted” his offer of trying to forge a unification of candidates between their camps when the two met to discuss possible alliances in the coming presidential elections.

In an interview, Lacson said he offered Robredo a “sure unification formula” by having a common candidate but this was supposedly met with “resistance.”

“She resisted. She was not sold to the idea but it was a sure formula for putting up, at least between the two of us, a common candidate but, unfortunately, she didn’t buy it,” he said.

Lacson, who has declared his intent to vie for the presidency in 2022, made the disclosure after he was asked about the meeting he had with Robredo last week as part of attempts to put up a unified candidate against President Duterte’s anointed successor.

Robredo’s meeting with Lacson had drawn varied reactions from her political allies, with former Sen. Antonio Trillanes IV expressing apprehension that she had agreed to give way to personalities who were once identified with the Duterte administration.

Robredo’s political allies, led by Liberal Party chair and Senate Minority Leader Franklin Drilon, expressed openness to her meeting with the likes of Lacson and Sen. Richard Gordon, presumably to build a bigger political base against Duterte’s candidate.

Lacson, however, did not provide other details on why he felt Robredo was resisting to consider a possible unification, but he said this was an indication that she was still bent on running for President in 2022.

But with Robredo not budging, Lacson said the possibility of him yielding to the Vice President is also improbable.

“If before, we had water up to our ankles, now it’s knee-deep … We’ve gone far and deep into the ocean, and for us to turn back may already be out of the question,” he said.

Lacson said he and Sotto had decided to reset their launch dates from Aug. 5 to Sept. 6 over “sensitivity issues,” alluding to the lockdowns imposed in Metro Manila over growing concerns on the spread of the COVID-19 Delta variant.

He said that before they made the decision to seek the highest elective positions in the country, “doors were open” on extending possible support to presumptive aspirants Robredo, Manila Mayor Francisco Domagoso and Sen. Manny Pacquiao.

But there’s no turning back now for him and Sotto, Lacson said.

“I have a commitment to my partner that, come hell or high water, we will push this forward,” he said.