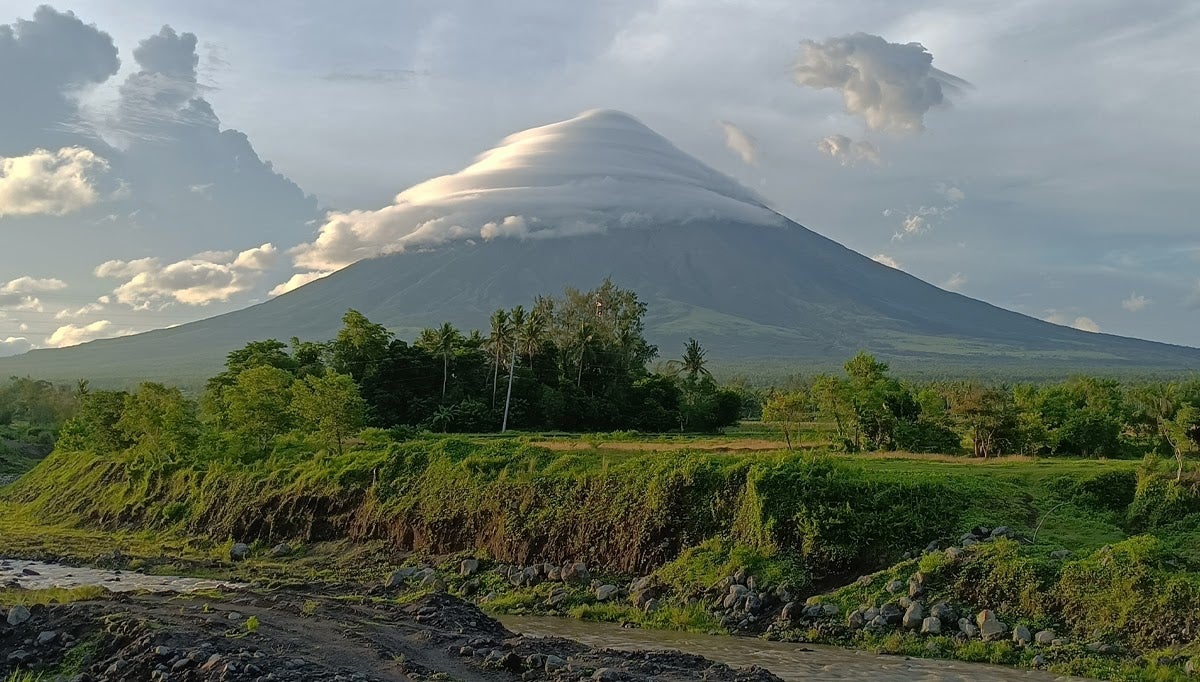 MANILA, Philippines—Mayon, the most active volcano in the Philippines, had exploded 47 times since 1616, bringing destruction, death and most recently, life-saving soil.

A group of scientists has found soil spit out by Mayon during its violent eruptions to possess anti-cancer properties.

The Department of Science and Technology (DOST) said researchers from the University of the Philippines Los Baños (UPLB) have identified a species of bacteria from the soil of Mayon, a “less explored environment, a volcano.”

The researchers isolated 30 bacterial species from soil samples in Malilipot, Albay, which is near Mayon. At least 13 of these showed varying antibiotic activities against known human and plant pathogens.

But one of the isolated bacteria from Mayon’s soil, called streptomyces sp. A1-08, showed “antibiotic activity against numerous potentially pathogenic microorganisms and anti-colorectal cancer potential.”

The species, in general, are known to produce medically and pharmaceutically important products.

“We have high hopes of getting new and novel species,” said Kristel Mae Oliveros, leader of the project and assistant professor at UPLB’s Microbiology Division. 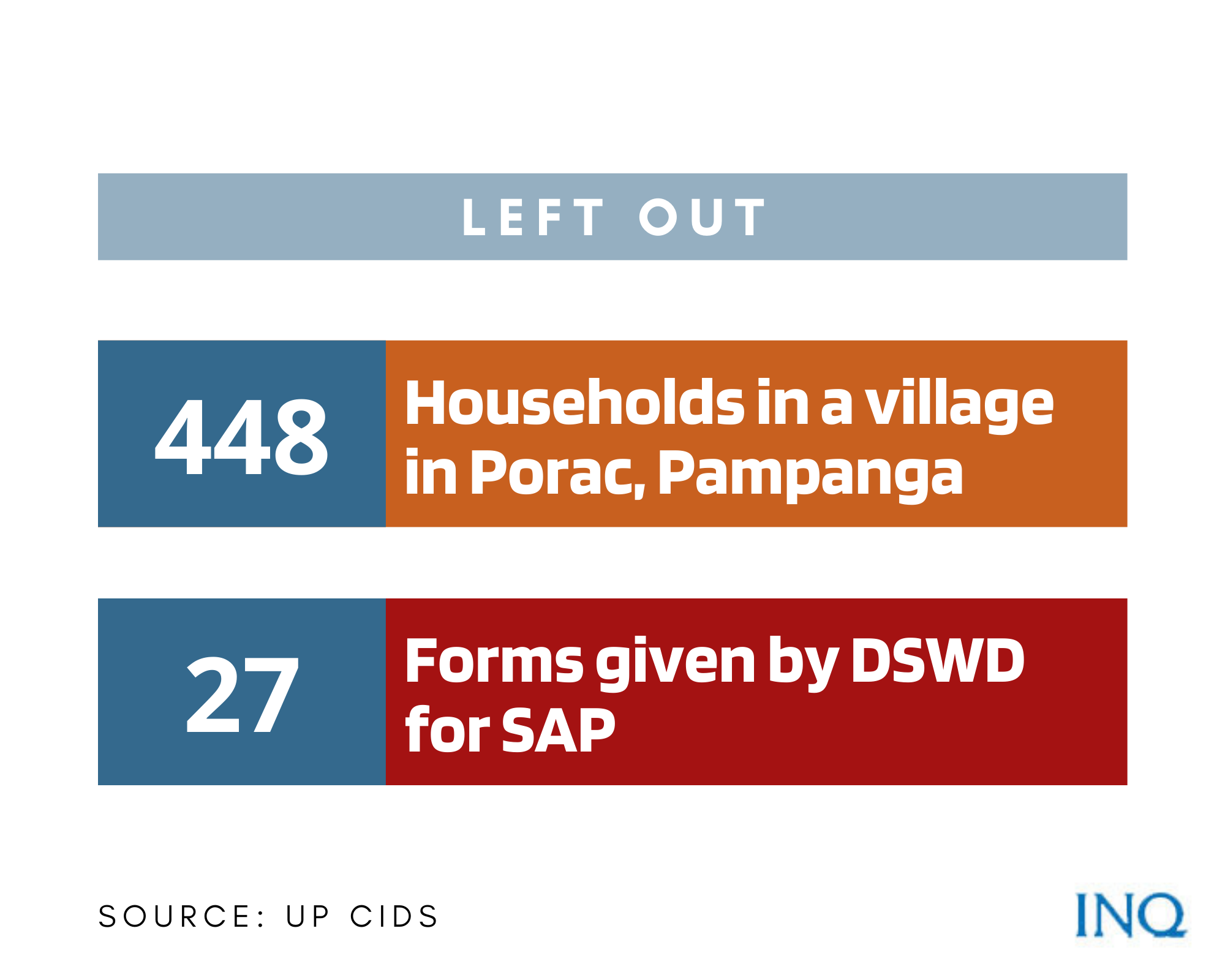 She said the scientists were “totally surprised and excited” at results of experiments done by her and the rest of the team—Albert Remus Rosana, Dr. Rina Opulencia, Asuncion Raymundo, the late Dr. Teofila Zulaybar, Arian Jacildo and Andrew Montecillo.

Rosana, PhD student at the University of Alberta, Canada, said that once the streptomyces sp. A1-08 was confirmed to be a new species, the team would name it “streptomyces mayonensis A1-08” in honor of the Philippine’s most active volcano.

In 1949, Dr. Abelardo Aguilar, a Filipino scientist, discovered an antibiotic derived strain of bacteria found in his backyard.

He isolated the strain which led to the development of erythromycin, an antibiotic that is used to treat a wide variety of bacterial infections.

The discovery in Albay by Oliveros’ team was the latest breakthrough in the Philippines following several significant findings in previous years.

In 2019, researchers from the University of the Philippines Baguio were able to discover four strains of bacteria capable of biodegrading low-density polyethylene (LDPE) in Zambales. LDPE is used for plastic bags, bottles of shampoo, and plastic containers.

Dr. Marian de Leon, in 2015, observed the Cabalyorisa Cave in Pangasinan where she was able to stir the possibility of isolating and characterizing novel bacteria like streptomyces sp. strains AC1-42T and AC1-42W which are capable of producing antibiotics and enzymes.

A research that was funded by the National Research Council of the Philippines likewise discovered microorganisms from sediments collected from the ocean floor which demonstrated an ability to kill bacteria that had developed resistance to antibiotics.

Since the 30 isolates thrive in a unique environment such as volcanic soil on Mayon, the researchers believed that they could most likely produce unique chemical compounds that may have medical, pharmaceutical, and even cosmetic uses.

However, the streptomyces sp. A1-08 stood out because it showed the ability to fight harmful microorganisms and the methicillin-resistant staphylococcus aureus, or MRSA, that is strongly resistant against antibiotics which makes treatment of infections more difficult.

In the midst of the experiments, the group used the following test organisms:

Oliveros said that the team wanted to screen actinomycete isolates for antimicrobial activity so “we ensured that our selected test organisms would represent some of the major groups of microorganisms, including bacteria, yeasts, and molds to capture a broader antimicrobial spectrum result.”

Rosana explained that the choice of test organisms was also associated with the World Health Organization’s (WHO) list of human pathogens that will endanger human health by 2050 mainly because they were resistant to antibiotics.

The WHO has declared antimicrobial resistance as fifth on a list of 10 threats to global health.

The test indicated that crude extracts from streptomyces sp. A1-08 suggested low potency when compared to doxorubicin, a chemotherapy drug.

“It is good to remember that the positive control doxorubicin is a pure, proven and tested commercially available chemotherapy drug,” Oliveros said.

“In contrast, the ethyl acetate extract of [streptomyces sp.] A1-08 which we have used in the study, [is] a crude extract, and therefore still a complex mixture and may contain multitudes of raw compounds at different concentrations,” Oliveros explained.

She said that the raw compounds “can be purified further to develop an exact anti-cancer drug.”

The group also identified the specific genes of streptomyces sp. A1-08 responsible for producing antibiotic and anti-cancer compounds through a genomics analysis.

Oliveros said the discovery is considered a “jackpot,” but explained that the findings should lead to more research.

“Way forward, further studies should be made for us to establish that this novel species can likewise produce novel bioactive compounds,” she said.

The team’s findings were recently accepted in the Philippine Journal of Science and will soon be available at philjournalsci.dost.gov.ph.

However, the country is now considered as one of the “world’s most threatened biodiversity hotspots” because of ecological destruction that likewise threatened the Philippines’ microbial diversity. 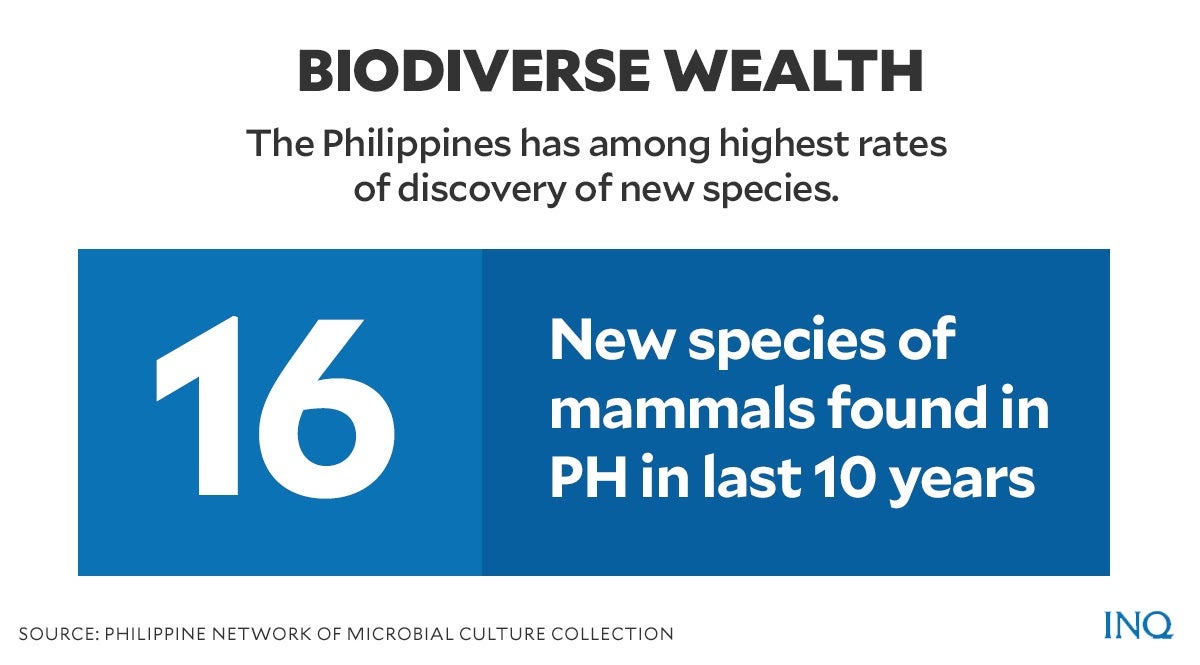 As the DOST made the group’s recent discovery, Filipinos could not help, but ask the government to look at researchers in a more positive way.

Last year, the DOST said it would be able to fund only 10 percent or 888 research proposals because of the P76 million cut in its 2021 budget.

The project that led to the discovery in Albay was funded by the UPLB Basic Research Grant and scholarship grant that was given to Rosana.

PNMCC said that the “isolated islands, the tropical location of the country, and the once extensive areas of rainforests have resulted in high species diversity in some groups of organisms and a very high level of endemism.”

It said that the Philippines has among the highest rates of discovery in the world with sixteen new species of mammals discovered in the last 10 years.

Destructive fishing and sedimentation due to poor land management practices have dramatically affected Philippine coral reefs. Only less than 6 percent of the Philippines’ original forest cover remains intact and only roughly 5 percent of its ocean ecosystems are still pristine, according to PNMCC. 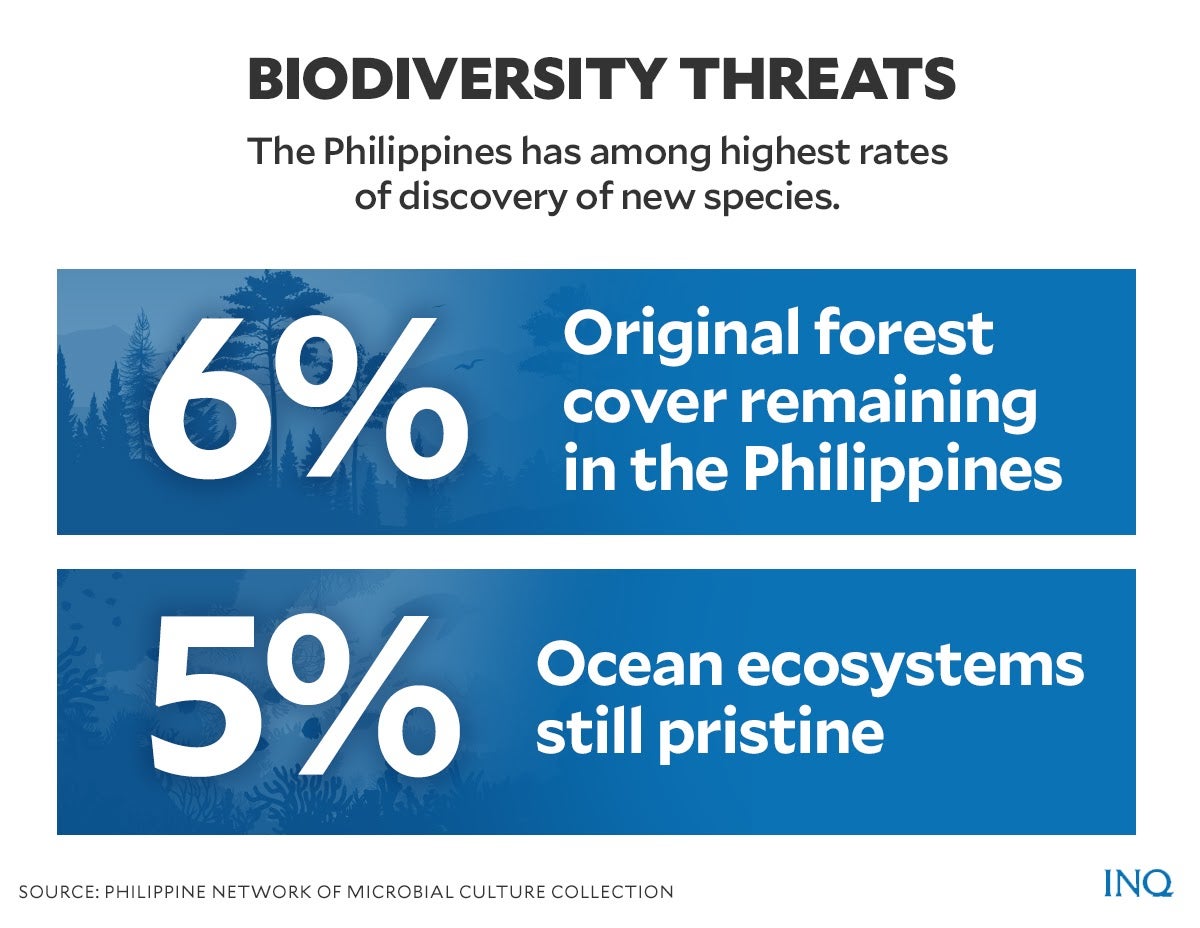 “Along with habitat destruction, the country’s microbial diversity is likewise threatened,” it said.

The National Institute of Molecular Biology & Biotechnology at the University of the Philippines Los Banos in the 1980s, searched for microorganisms with high nitrogen-fixing ability for agriculture, and yeast strains for biofuel production.

From 2003 to 2006, the Philippine National Collection of Microorganisms isolated and preserved microorganisms from different mangrove areas and screened them for various enzymes and antimicrobials. This resulted in an additional 1,500 strains in collection.

The Marine Science Institute at the University of the Philippines Diliman likewise initiated efforts to discover anti-cancer and anti-malarial marine natural products. These included some 2,000 marine microbes associated with sponges that were isolated through its PharmaSeas Project with the University of Utah.