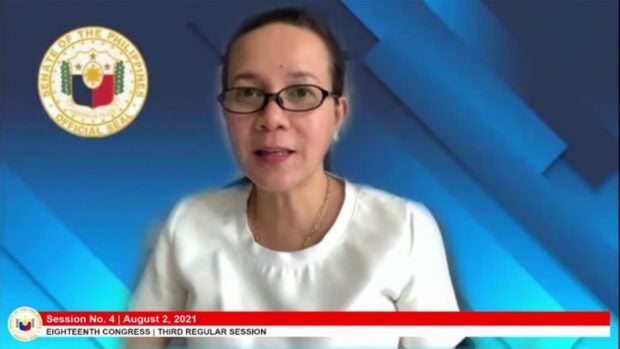 Poe, chairperson of the Senate public services committee, said in a statement on Tuesday that an inquiry into the matter is being considered to help the government develop mechanisms to speed up the claims process.

“With COVID-19 cases on the rise again, our hospitals must be adequately staffed and stocked with the needed supplies. They can only do so if they themselves aren’t bleeding,” Poe said.

The senator likewise urged the Department of Budget and Management (DBM) to release funds intended for frontline healthcare workers immediately.

“We’ve been in this trying situation for over a year and both the DBM (Department of Budget and Management) and PhilHealth have last year’s experience to draw from to improve their services in the next round of ECQ (enhanced community quarantine),” she said.

“We must do our utmost for the health sector and ensure that our medical frontliners and hospitals are paid to enable them to look after the sick and save lives. For as long as this isn’t done, our situation will just drag on. Huwag na nating paabutin pa ng season 10 ang ECQ,” she added.

In light of the increased COVID-19 cases, Poe warned against exacerbating the “already tenuous situation by demoralizing our medical frontliners.”

She noted that some medical workers from both private and public hospitals have complained that they have “hardly felt” the billions of pesos allocated for frontliners under the two Bayanihan laws.

For instance, Poe said they have yet to receive their special risk allowance.

Meanwhile, the senator called on the government to ensure that those affected by the looming ECQ in Metro Manila will be assisted.

“People will not insist on going out if they can put food on the table. They wouldn’t have to go out if their needs are met,” Poe said.

President Rodrigo Duterte recently approved the allocated funding for the granting of cash assistance to 80 percent of Metro Manila’s population amid the imposition of ECQ in the area.

Each week of ECQ would cost the economy P105 billion in foregone output, the National Economic and Development Authority earlier said.

READ: CQ will give authorities time to prepare for a surge – DOH

At least 167,000 workers in Metro Manila face layoffs and pay cuts in the two-week lockdown, data from the Department of Labor and Employment, meanwhile, showed.