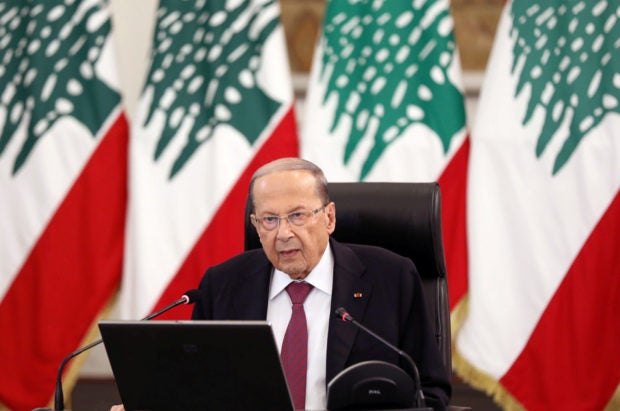 BEIRUT — Lebanon’s President Michel Aoun told the country’s public prosecutor on Friday he was ready to give a statement about last year’s port blast in the capital Beirut if needed.

“No one is above the law no matter how high up, and justice can only be achieved through the specialised judicial branches that provide guarantees,” Aoun told prosecutor Ghassan Ouidat during a meeting, according to a statement released by the president’s office.

The Aug. 4 explosion at the port, caused by a huge quantity of ammonium nitrate stored unsafely for years, killed over 200 people, injured thousands and destroyed large swathes of the capital.

A probe into the blast led by judge Tarek Bitar has been hindered over the past month as requests sent to parliament and the government to lift immunity and enable questioning of several top officials were either declined or stalled.

Many Lebanese are angry that nearly a year after the incident, no senior official has yet been held responsible.

Influential parliament speaker Nabih Berri said on Thursday the legislature was ready to lift the immunity of its members to allow for questioning but did not detail when or how this would be done.