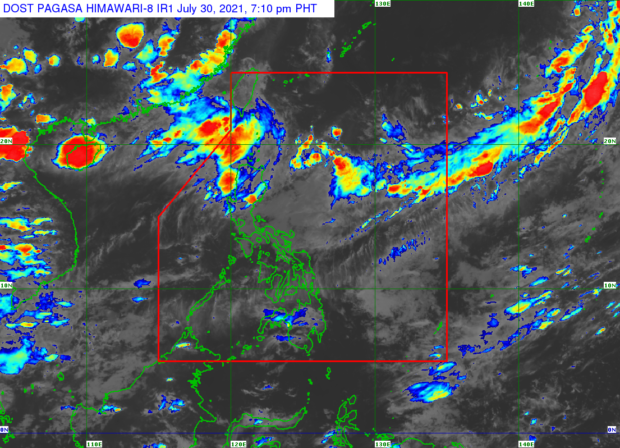 MANILA, Philippines — Most parts of Luzon, including Metro Manila, may no longer see moderate to heavy monsoon rains this weekend, as the chance of strong precipitation in the region decreased, the state weather bureau said Friday.

However, state meteorologists said overcast skies may still be a constant scene in the coming days since cloud bands brought by the southwest monsoon or habagat still float over a vast part of the country.

According to the Philippine Atmospheric, Geophysical and Astronomical Services Administration’s (Pagasa) bulletin on Friday afternoon, the southwest monsoon’s effects are seen concentrated on the western part of the country, sparing other areas of Luzon which received daily moderate to heavy rains in the last two weeks.

(The southwest monsoon still brings occasional light to moderate, and at times heavy rains over Ilocos Region, Batanes, Babuyan Islands, Benguet, Zambales, Bataan, and Occidental Mindoro, which is why we are advising residents in the areas especially those living in low-lying areas to remain alert.)

(Here in Metro Manila and the remaining parts of Luzon, although we are no longer expecting strong rains to occur, we will still generally have gloomy weather, or cloudy skies tonight, while scattered rains may still happen.)

Pagasa also assured that no tropical cyclone is expected to enter or form within the Philippine area of responsibility in the coming two to three days.

Pagasa also reminded seafarers that a gale warning remains raised over the entire northern and western seaboards of Luzon, including waters surrounding waters of Palawan and Occidental Mindoro.

This means fisherfolk and other operators using small boats are not allowed to set sail in these areas.