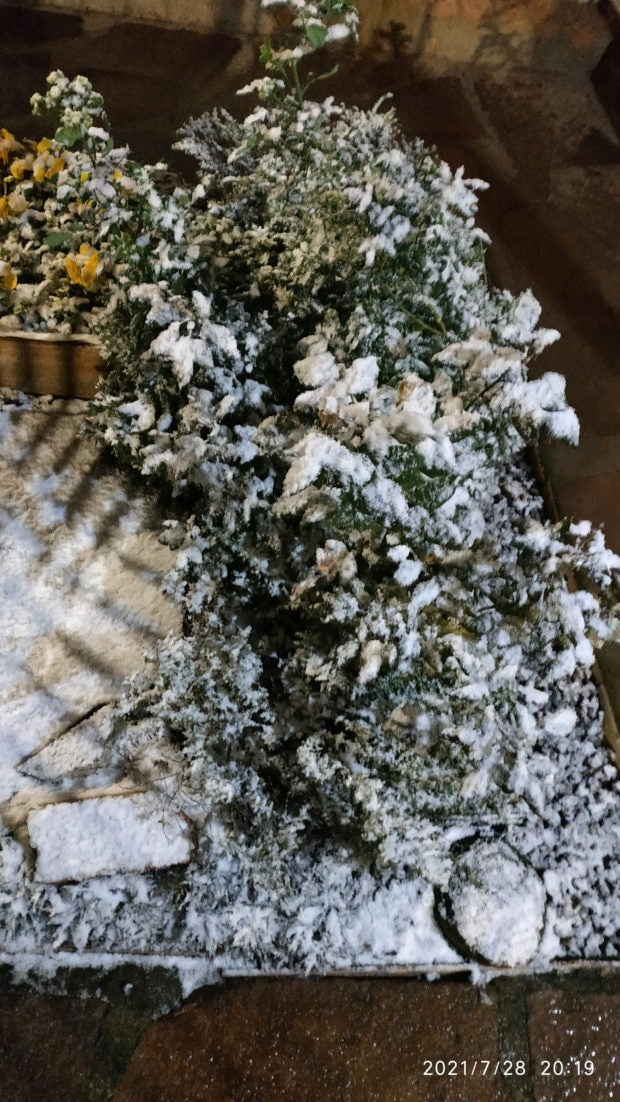 Temperatures dropped across Brazil on Thursday – with rare snowfall overnight in some places – as a polar air mass advanced toward the center-south of the global agricultural powerhouse, threatening coffee, sugarcane and orange crops with frost.

Cars, streets and highways were blanketed in ice while people took the opportunity to take pictures and play in the snow, building snowmen.

“I am 62 years old and had never seen the snow, you know? To see nature’s beauty is something indescribable,” said truck driver Iodor Goncalves Marques in Cambara do Sul, a municipality of Rio Grande do Sul state, speaking to TV Globo network.

More than 40 cities in the state of Rio Grande do Sul had icy conditions and at least 33 municipalities had snow, reported the meteorology company Somar Meteorologia.

Unusually cold weather in Brazil has already sent international prices for coffee and sugar higher and Friday was forecast to be the coldest day of the year, according to Marco Antonio dos Santos, a partner at weather consultancy firm Rural Clima.

In a report on Thursday, dos Santos said the south of Goiás and Mato Grosso do Sul, states where farmers grow crops like corn, would face low temperatures on Friday as the wave of cold air marched northward.

According to meteorology company MetSul, winds in the city of Sao Francisco de Paula reached a maximum of 80 kilometers per hour (49 mph), a rare occurrence in Brazil.

“It was worth it. Actually, you almost do not feel the cold because of how exciting the snow is. It is marvelous, it is marvelous!” Brazilian Joselaine da Silva Marques told TV Globo while enjoying the snow in Cambara do Sul.