NPC planning dialogue with Lacson after COC filing in October 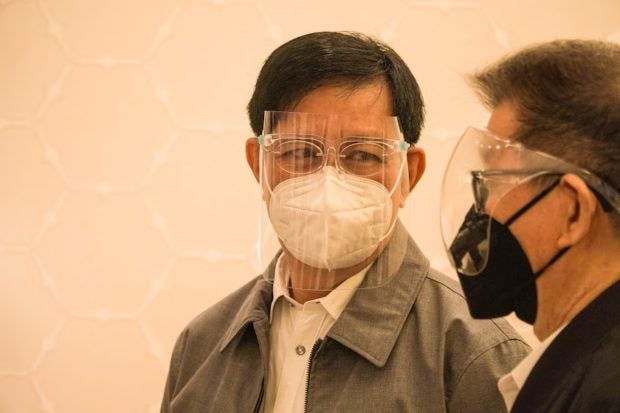 Sen. Panfilo Lacson during his oath-taking as chairman of Partido Reporma on Thursday, July 29, 2021. Photo from Sen. Lacson’s office.

“SP (Senate President) Sotto had informed me yesterday that the NPC party officials are open to a dialogue with me after we have both filed our certificates of candidacy in October,” Lacson said in a statement Thursday.

“That being said, we are open to alliances with other political parties who may be willing to work with us for change for the betterment of our country and people,” he added.

Sotto also confirmed this, saying NPC officials want to invite Lacson for a dialogue “when many of our party mates are here in NCR (National Capital Region).”

The NPC has 1,453 incumbent members nationwide, making them the second-largest political group in the country, according to Sotto’s office.

Earlier in the day, Lacson was installed as the new chairman of Partido Reporma after being an independent candidate since 2004.

Lacson and Sotto were the first to confirm their electoral bid in 2022. They seek to be the public’s “alternative” for the elections, saying they are neither pro-administration nor the opposition.

Lacson, however, earlier disclosed that he and Sotto sat down with opposition figure Vice President Leni Robredo.

The meeting was part of the vice president’s “commitment to forge the broadest possible unity among groups and individuals seeking change in 2022,” according to Robredo’s spokesperson.