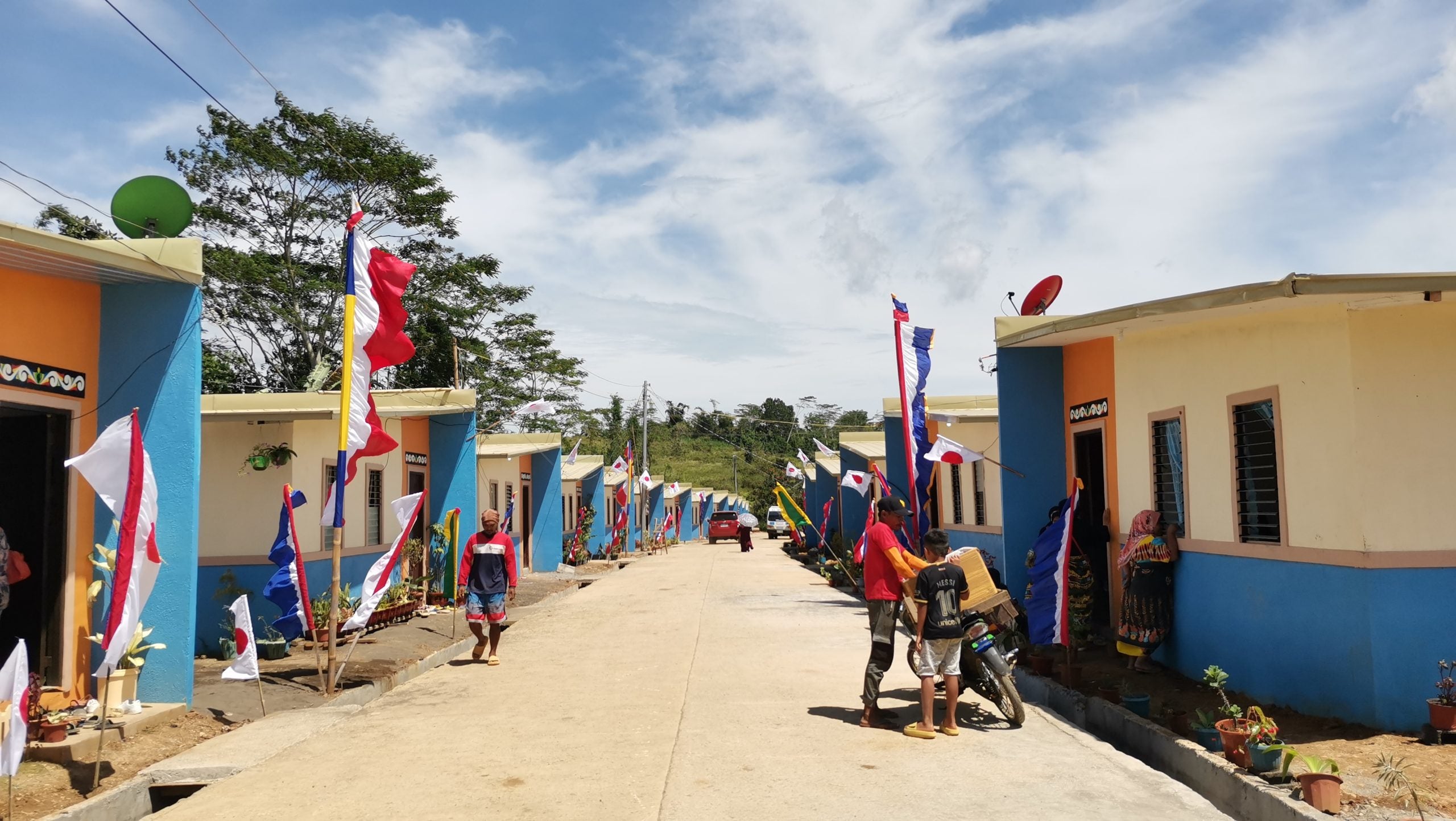 The houses built by the UN-Habitat for families displaced by the Marawi siege in 2017 were turned over to beneficiaries. The houses are located in Barangay Dulay Proper. (Divina M. Suson)

MARAWI CITY—Some 170 families whose houses were destroyed during the five-month siege of this city by Islamic State militants in 2017 have settled into their new homes beginning last week.

The houses were built by the United Nations Human Settlements Programme (UN-Habitat) with funding support from the Japanese government to the tune of US$10 million through the Rebuilding Marawi through Community-Driven Shelter and Livelihood Project.

The families used to live in riverside and lakeside areas that the local government declared “no build zones.”

Of the 170 families who received their house and lot award certificates, 120 of them occupied the houses in Darussalam Village in Barangay Dulay Proper while the other 50 families are in Pamayandeg Ranaw Residences in Barangay Mipantao Gadongan.

The National Housing Authority (NHA) and the Socialized Housing Finance Corporation (SHFC) purchased and developed the land in cooperation with the local government of Marawi and the provincial government of Lanao del Sur.

Some 2,000 houses were planned to be built for the former riverside and lakeside dwellers.

Christopher Rollo, Country Programme Manager of UN-Habitat, said the beneficiaries were selected through a very rigorous process following guidelines that was developed by the project steering committee composed of different organizations and agencies from the government.

“They went into a rigorous process. They went to the sites to see whose houses in Lake Lanao and Agus River are inside the 3 to 6-meter easement and inside the river banks,” said Rollo.

Ominta Hadji Ali, who formerly lived in Barangay Datu Naga, said their new house “is too small for us” because they used to live in a four-story house where the 10 siblings lived together with their respective families.

“We have a big store in our former house. That was our family’s source of income. Here now, this is very small, we don’t have anything for a living. We don’t know what livelihood we will get. We only depended on the money sent to us by the husband of my sister,” Ali added.

Ali, 58, said she was not aware that the area, where their former house was built, was owned by the government. She grew up knowing that it was owned by their grandparents and their parents are among the heirs.

“We did not expect that the time would come when we would be evicted from there. All our life we know it was ours. We bought it though we don’t have a title but we have (certificate) of ownership. We lived there for a long time. It was heartbreaking but we have no choice,” Ali explained.

Datu Bla Macadato, president of the Darussalam Homeowners Association, said they were happy that they were finally given the house they asked for from the government since 2018 when they lived in the transitory shelter.

“We will take good care of this house,” Macadato assured.

Last February, 109 permanent houses in Hadiya Village in Barangay Dulay West were turned over to beneficiaries.

The UN-Habitat is constructing 1,057 permanent houses, targeted to be completed in December this year.