11 local IS gunmen in Maguindanao yield to Army 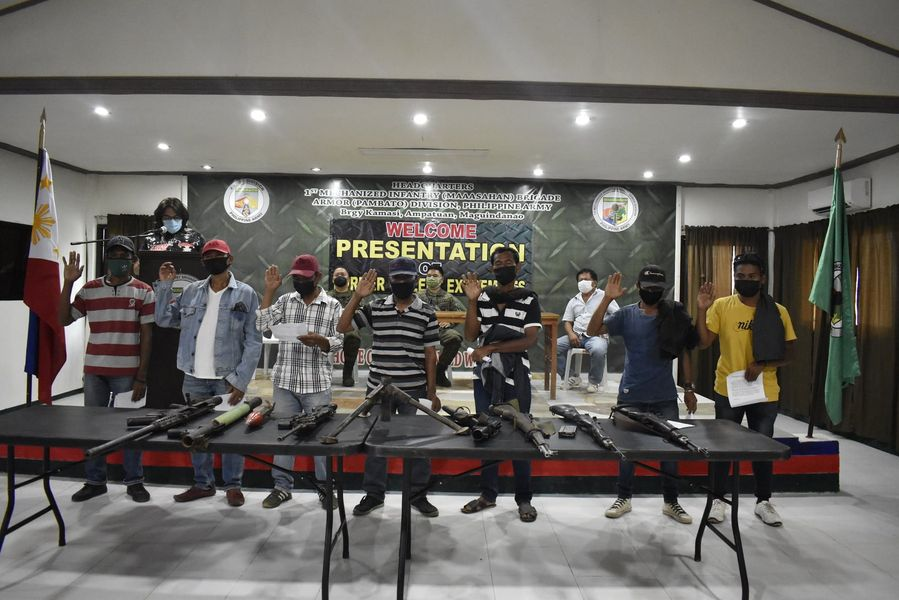 The BIFF surrenderers and their high-powered firearms. (Photo courtesy of the Army 6th ID)

According to Col. Pedro Balisi, commander of the Army’s First Mechanized Infantry Brigade, the continued surgical offensives by government troops have put pressure on the BIFF gunmen, forcing them to surrender.

Balisi said the recent surrenders led to the turnover into the Army of 13 weapons and ammunition. The BIFF gunmen belonged to two groups, operating in various towns of Maguindanao.

One group consisting of four gunmen turned themselves in to Lt. Col. Cresencio Sanchez, of the First Mechanized Battalion, in the presence of Shariff Aguak Mayor Marop Ampatuan.

Sanchez said the four were identified with the BIFF faction led by Commander Bungos that operates in the adjoining towns of Shariff Aguak, Datu Saudi Ampatuan, Mamasapano, and Shariff Saydona Mustapha.

They brought with them a caliber .50 machine gun and five rifles, including a homemade 7.62 mm Barrett sniper rifle. 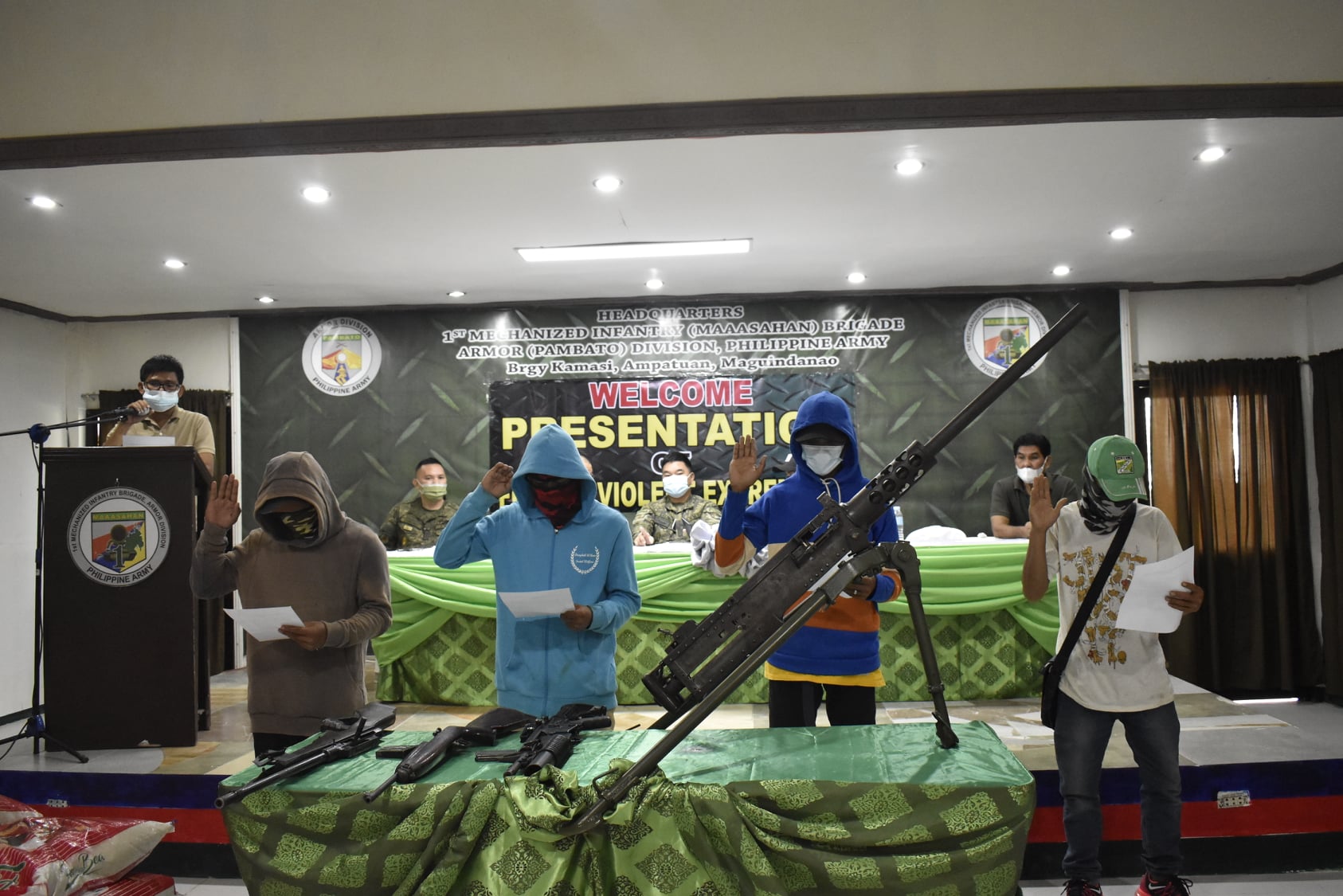 The BIFF surrenderers and their high-powered firearms. (Photo courtesy of the Army 6th ID)

Sanchez said they suspected that the boy was instructed by lawless men to try to smuggle the weapons into their hideouts. Sanchez recalled that the boy was restless when asked about his load, which were covered by empty sacks, although the protruding butt of one gun did not escape notice by some soldiers.

The soldiers turned over the minor to the local police station for further investigation.