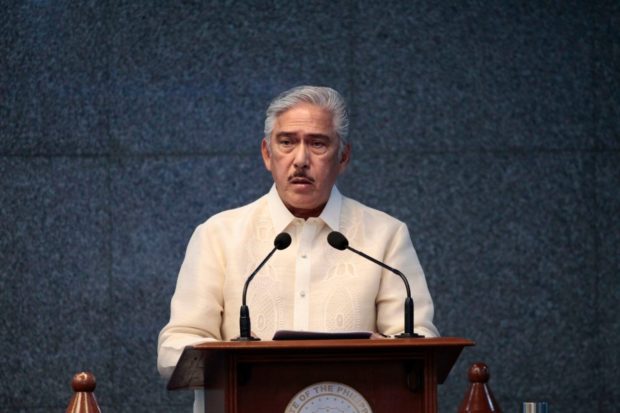 “It was just a fellowship and my formal announcement to my party that I will seek the vice presidency of the Republic at the proper time,” Sotto said in a text message.

“I was given their unanimous consent of those present. Alliances will be discussed in another meeting,” he added.

Sotto said about 30 incumbent party officials were present during the meeting.

There was no discussion, however, on  Sotto’s running mate, Senator Panfilo Lacson.

“The talks were confined to our party business first. Alliances later on,” the Senate leader stressed.

Lacson, who is eyeing the presidency, is set to take the helm of the Partido para sa Demokratikong Reporma (Partido Reporma) political party as its chairman.

Meanwhile, Sotto said NPC is keeping its door open to Leyte Rep. Lucy Torres-Gomez should she decide to run under the senatorial slate of the Lacson-Sotto tandem.

“If she decides to run,” Sotto said when asked if Torres-Gomez would join the NPC. “That was what she told me in our last conversation.”