4 men nabbed for alleged possession of firearms in Northern Samar 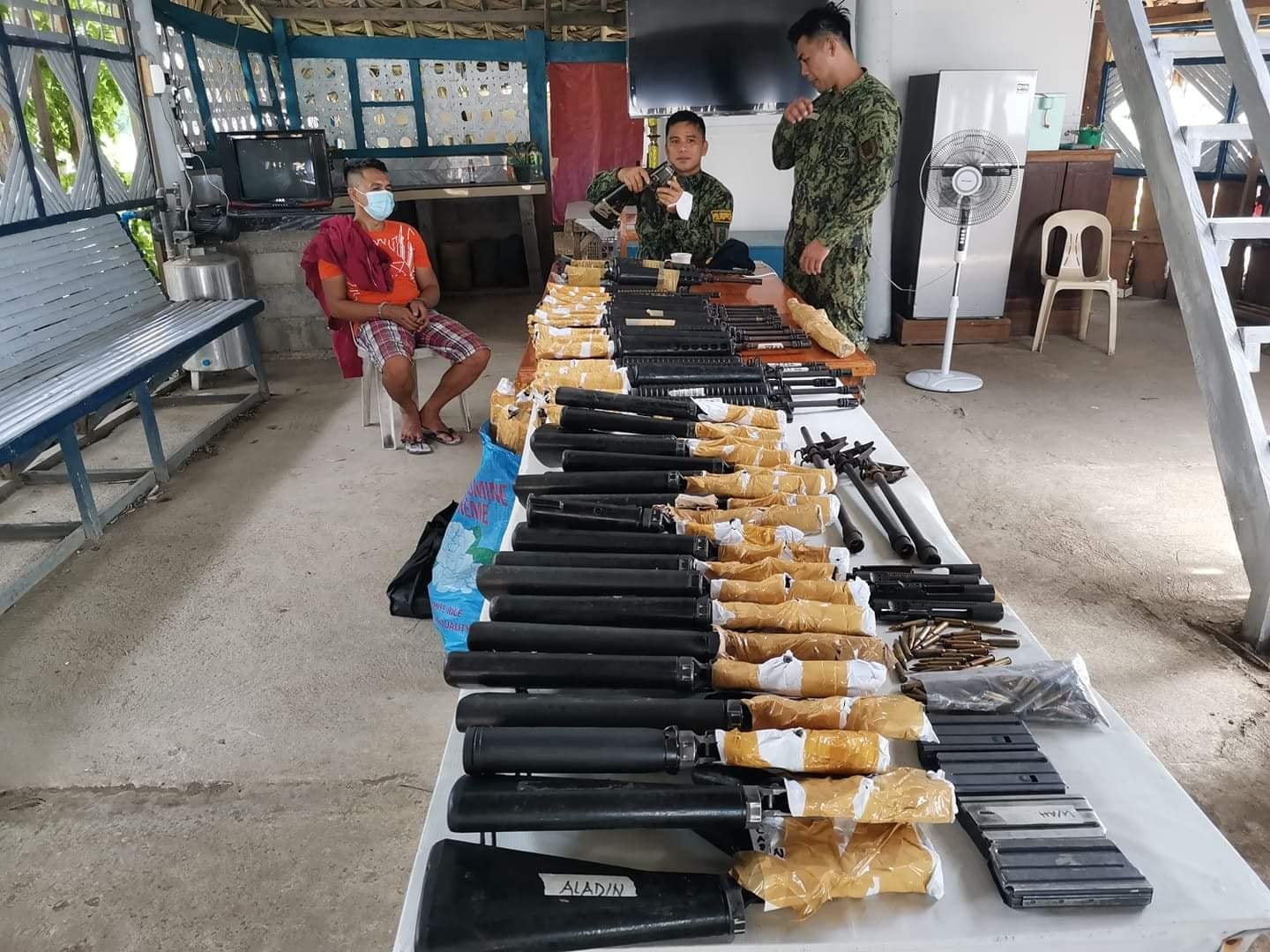 A cache of firearms were seized Wednesday from four men at the port of Allen town in Northern Samar. (Photo from Allen Police Station)

TACLOBAN CITY—Police arrested on Wednesday four men for alleged possession of several high-powered firearms at the port of Allen town in Northern Samar.

Local and provincial policemen and officers of the Philippine Coast Guard flagged down at 9:40 a.m. the two vehicles, where the four suspects were on board, at the Balwharteco Port.

The government forces said they received a report that two private vehicles on board a barge bound for Allen port were loaded with firearms.

The suspects failed to produce documents to prove that the firearms were legally acquired.

Seized from them were 36 M-16 rifles with an undetermined number of magazines and three .45 caliber pistols.

The vehicles that transported the firearms came from Taguig City and were supposed to travel to Datu Piang in Mindanao.

The suspects allegedly hid the firearms inside the tire compartment and side doors of the vehicles, according to authorities.

The four suspects, now detained at the Allen police station, will be charged with illegal possession of firearms.