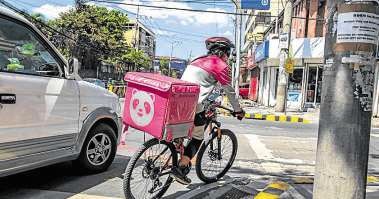 MANILA, Philippines — The Department of Labor and Employment (DOLE) on Tuesday released an advisory to establish guidelines in determining the relationships between delivery drivers and food delivery apps.

In a statement, DOLE said those considered employees of the food delivery apps are entitled to minimum benefits under the Labor Code of the Philippines. But delivery riders who are declared as “independent contractors” or “freelancers” remain bound to the terms of their contracts.

Most food delivery apps don’t consider riders as employees but rather as “third-party providers” or “independent contractors,” which disqualifies them from certain benefits employees receive.

READ: ‘Delivery riders are employees, too’

However, DOLE said delivery riders classified as “freelancers” and “independent contractors” should be covered by contracts that provide certain benefits.

“The contract or agreement shall stipulate the following provisions, including but not limited to the payment of fair and equitable compensation, which shall not be lower than the prevailing minimum wage rates and facilitation of registration and coverage under SSS, PhilHealth, and Pag-ibig,” according to the Labor Department.

The DOLE came up with the advisory more than a week following the protest of FoodPanda riders in Davao City over the app’s wage policy, which led to “indefinite suspension” of several delivery riders.