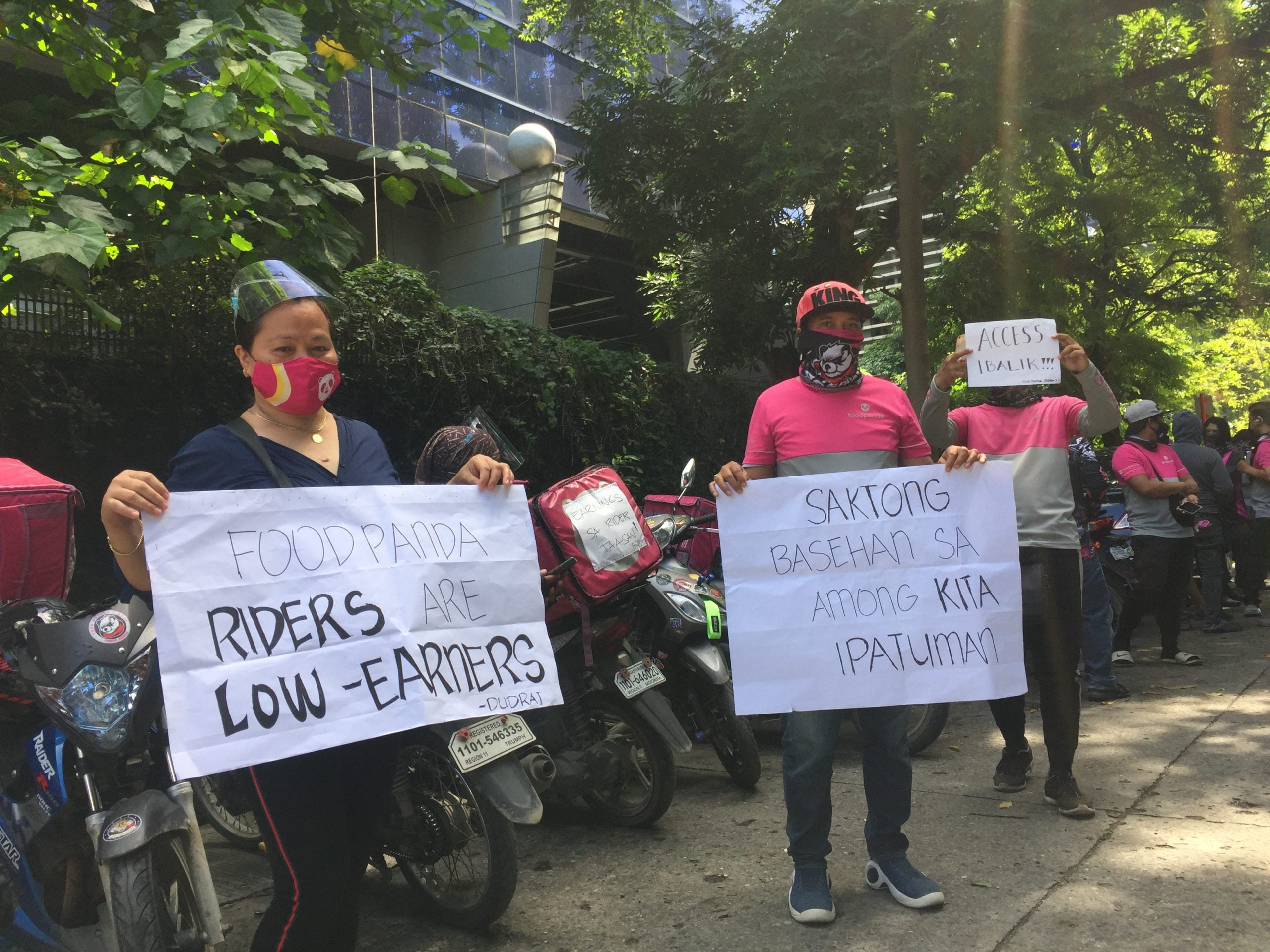 Foodpanda riders in Davao City held a protest on July 15 to dramatize their complaints which, they claimed, the management continues to play deaf to. (Photos contributed)

MANILA, Philippines — Foodpanda has apologized for the “technical glitches” in their communication line that led to the suspension of riders who joined the protest for 10 years, Labor Secretary Silvestre Bello III said Thursday.

The food delivery app suspended at least 30 of its riders in Davao City for 10 years, a day before a supposed offline protest against its wage policy. Hundreds of riders rallied in response, 70 of them were also meted with the same penalty.

(Foodpanda admitted that there was a technical glitch in their communication line. They have already apologized for that.)

Speaking to INQUIRER.net, DOLE spokesperson Rolly Francia clarified that Foodpanda said they were meant to send an “indefinite suspension” notice but what came out from their system is a 10-year suspension.

“No such thing as 10 years, they explained that when they imposed indefinite suspension, what came out in the system is 10 years,” Francia explained in a Viber message. “That’s the glitch they were talking about.”

When asked if the riders are still under indefinite suspension, Francia responded: “That’s what’s being settled.”

This incident prompted DOLE to come up with a guidance for the food delivery apps, but Bello said it is yet to be finished due to several considerations.