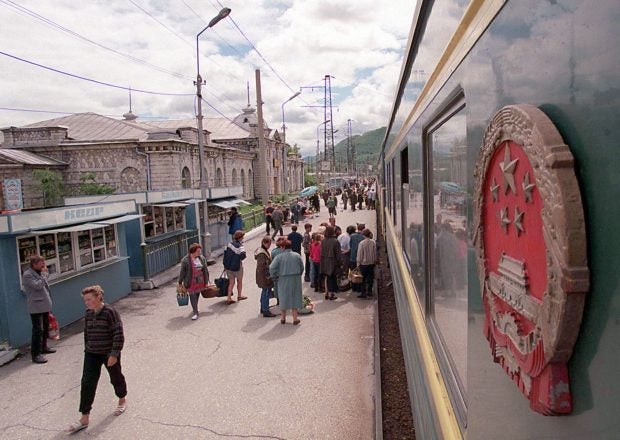 The Chinese trans-Mongolian train makes its first stop after crossing into Russia at the Siberian town of Slyudyanka on the southern shore of Lake Baikal 23 July 1999. This trans-Siberian branch line, which takes the Chinese train from Beijing to Moscow and back, has been open since the mid-1950s and is the main transporter of goods between the two countries. AFP FILE PHOTO

MOSCOW — Russia said on Tuesday it had fully restored train travel over a Trans-Siberian railway bridge in its far east that was damaged last week by floods.

The world’s longest railway is a strategic transport artery for Russia’s economy, shuttling not just passengers but also commodities like oil, timber and coal between Europe and Asia.

The bridge over the river Areda gave way on Friday in the region of Zabaikalsk, some 300 km (190 miles) north of the border with China and Mongolia. No casualties were reported.

The damage to the bridge prompted Russian Railways, which operates the sprawling national train network, to suspend passenger traffic in both directions along the route.