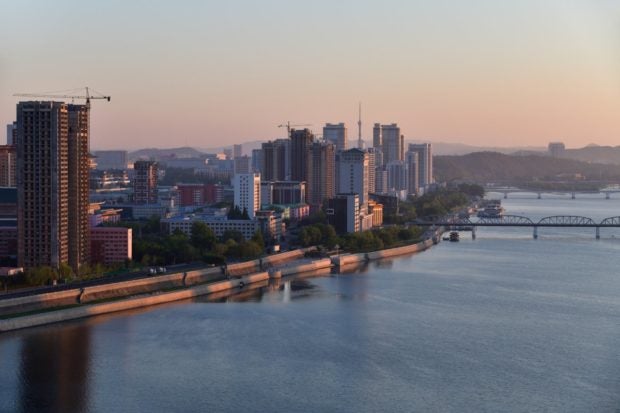 SEOUL — More foreign diplomats stationed in North Korea, including from Indonesia and Bulgaria, have fled the reclusive regime due to dire living conditions amid prolonged COVID-19 restrictions.

Japanese broadcaster NHK on Saturday reported that about 30 people believed to be diplomats and their family members arrived by bus at the Chinese border city of Dandong on Friday after leaving the North. The report said Indonesian Embassy vehicles were there to pick them up.

Indonesia’s Foreign Ministry confirmed that its diplomats in Pyongyang had left the country, and that it had been discussing the temporary repatriation of its officials with North Korean authorities since late last year.

Among the latest entourage of diplomats leaving Pyongyang were staff members of the Bulgarian Embassy in the North as well, according to NK News.

The latest exodus comes as North Korea shut down its border and imposed strict lockdowns that barred movement inside the country since the onset of the pandemic early last year. The COVID-19 outbreak has also exacerbated the country’s food crisis, as the North, which relies on China for food and other materials, suspended all trade with its main partner to prevent the spread of the virus.

Since then, most foreign missions in North Korea have temporarily shut down offices and sent staff members back home, citing the difficulties of carrying out diplomatic activities inside the reclusive regime as well as shortages of food, health services and necessary goods, as the pandemic-imposed lockdown drags on.

In recent months, there has been an increasing outflow of foreigners from the North, including about 90 Russians in July.

In April, the Russian Embassy in Pyongyang said via Facebook that the exodus of foreigners will continue, and fewer than 290 foreigners remained inside the closed-off country.

“The people leaving the Korean capital are understandable — not everyone can endure the unprecedented restrictions, acute shortage of essential goods, including medicines, and lack of opportunities to resolve health problems,” the embassy said.

Since the outbreak, the UK, Venezuela, Brazil, Germany, Italy, Nigeria, Pakistan, Switzerland, Poland, the Czech Republic, Sweden and France have halted their missions in Pyongyang. All foreign staffers of international humanitarian organizations, including the United Nations, have also left the country.

Pyongyang insists it has zero COVID-19 cases, but health experts have cast doubt on their claims. The North continues to enforce strict restrictions to curb any spread of the virus on its soil. Last month, North Korean leader Kim Jong-un admitted that a “grave incident” had occurred that could threaten his country’s anti-epidemic efforts, but he did not offer further specifics.