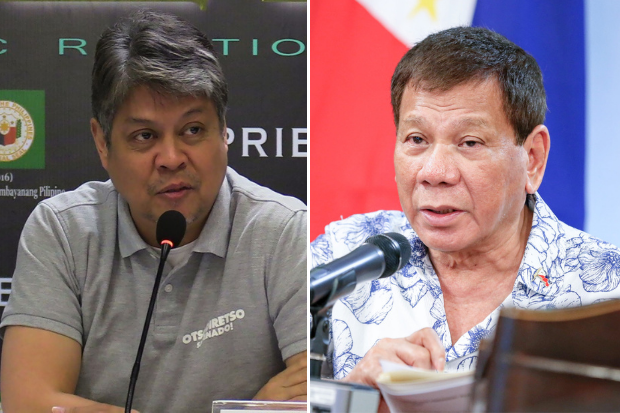 “The next six years will be critical. This 2022 [elections] will determine probably the next 20 years. So, and my position is, we cannot afford another six years under this administration,” Pangilinan said in an interview on ABS-CBN News Channel.

Pangilinan said the direction of the country in the next six years will now be up to the Filipinos voters.

(That’s up to the people to decide. They have that choice in 2022, if they want more of the same, then vote and campaign for Duterte-Duterte. If not, then we should come together towards a new direction for the country.)

As Duterte approaches his final year as president, he continues to face criticisms against his brutal drug war, his handling of the COVID-19 pandemic and his stance on the country’s maritime dispute with China.

But Malacanang said that Duterte topping the list of vice-presidential bets in a latest pre-election survey show that Filipinos still believe in the President’s leadership despite the flak from his critics.

Duterte earlier said he is “sold to the idea” of running as vice president in the 2022 polls, but believes that his future successor should be a “friend” who he can work with.

His daughter, Davao City Mayor Sara Duterte-Carpio, is being pushed to succeed his father.

Meanwhile, Pangilinan said the President needs to catch-up on his promises to the Filipino people, such as ending criminality and the country’s drug problem and defending the West Philippine Sea among others.

(There are a lot that he did not fulfill. He did fulfill some of his promises but that’s because all administrations have done something good. But objectively, I feel, because he’s already graduating next year, he needs to catch-up because there are a lot of gaps especially when COVID came, a lot of people lost their jobs, many went hungry.)

“I don’t think at this point masasabi nating pumapasa siya. I don’t want to put a grade of fail or pass dahil hindi pa naman tapos pero maaring pumasa siya kung aayusin niya talaga at bigyan ng maliwanag na patakaran and that is what I want to hear later,” he further said.

(I don’t think at this point I can say that he passed. I don’t want to put a grade of fail or pass because his term is not yet finished but he can still pass if he will fix and make clear his policies and that is what I want to hear later.)

Pangilinan also said he hopes to hear from the President in his last Sona government’s efforts to ensure the country recovers from the pandemic.

(How can we ensure that the vaccine rollout is really enough and that we are ready for this Delta variant because if not, we may end up in the same situation as India or Indonesia.)