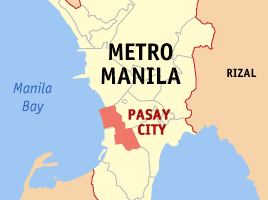 MANILA, Philippines — The Pasay police on Monday dispersed a group calling for the extension of the Bangsamoro Transition Authority (BTA).

The protestors were on their way to the Senate, but were already dispersed.

(We did not allow them to assemble and organise there and I told them to express their advocacy and messages instead through social media platforms.)

(You can’t organise your protests in the road during the GCQ. We dispersed them and they were cooperative.)

The BTA mandate will expire on June 30 next year, prompting several groups to call for its extension for three more years.