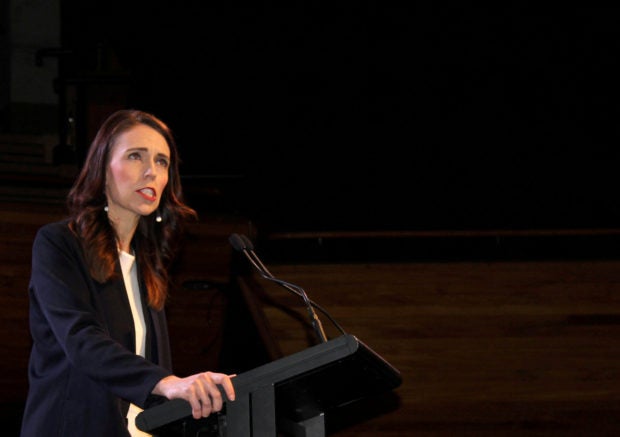 WELLINGTON — Prime Minister Jacinda Ardern said on Monday she has agreed to a request from Turkish authorities to accept the return of a New Zealand citizen accused of having links to the Islamic State, and her two young children.

The three have been in immigration detention in Turkey after they were caught earlier this year trying to enter Turkey from Syria. Turkish authorities requested that New Zealand repatriate the family.

“New Zealand has not taken this step lightly. We have taken into account our international responsibilities as well as the details of this particular case, including the fact that children are involved,” Ardern said in a statement after a cabinet meeting in Wellington.

The woman had held New Zealand and Australian citizenships. Her family moved to Australia when she was six and she grew up there before departing for Syria in 2014 on an Australian passport.

But the Australian government revoked her citizenship and refused to reverse the decision despite calls from New Zealand.

Earlier this year, Ardern said Australia’s decision was wrong and the country was abdicating its responsibilities by “unilaterally” cancelling the citizenship of the woman.

Australia has provided assurances it will consult with New Zealand if similar such case arises in future, Ardern said.

Details about arrangements or timing to bring the family home will not be made public due to security reasons.

Turkish authorities have said that the woman, 26, was a DAESH (Islamic State) terrorist wanted with a ‘blue notice’.

An Interpol blue notice is issued to collect additional information about a person’s identity, location or activities in relation to a crime.

“It has previously been made clear that any New Zealander who might be suspected of association with a terrorist group should expect to be investigated under New Zealand law, but that would be a matter for the Police,” Ardern said