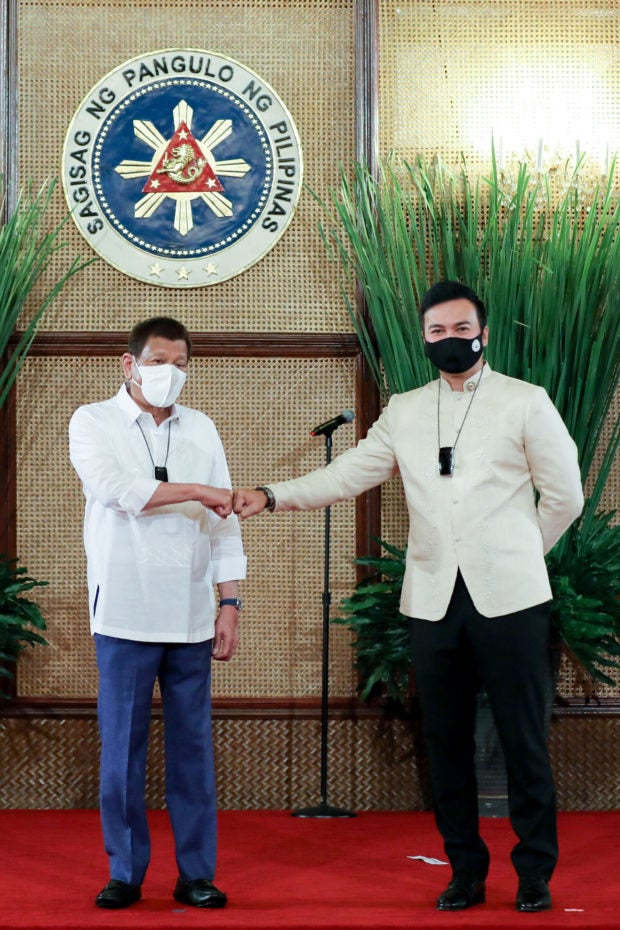 MANILA, Philippines — Speaker and Marinduque Rep. Lord Allan Velasco on Monday said he sees no problem with a Duterte-Duterte tandem in the 2022 elections since it is the voters’ who will decide on the matter.

“I don’t think naman na garapal ‘yan (I don’t think that’s shameless) mainly because it’s still up to the voters if they will vote for a Duterte-Duterte tandem,” Velasco said in an interview on ABS-CBN News Channel.

Velasco, a known ally of the Dutertes, said political dynasties have had a negative connotation due to events in the past where nothing is happening in districts and provinces controlled by certain families.

“But looking at dynasties right now in a lot of provinces and a lot of districts, we’ve seen a  lot of very good changes, a lot of progress so I don’t see any problem as to dynasties or from the same family serving our country,” Velasco said.

Velasco said he supports a Duterte-Duterte tandem for the sake of continuity, adding that if it were up to him, he would even extend the term of President Duterte as the country’s chief executive.

But since the Constitution does not allow another presidential term for President Duterte, the position can also be held by Duterte-Carpio.

“I believe that because of all the achievements and accomplishments of [President Duterte] in the past five years and last remaining year, six years is not enough for a very good president. if it were for me, I would have extended his term,” Velasco said.

The latest Pulse Asia survey showed Duterte-Carpio leading the possible bets for the presidential post and President Duterte ahead in the vice presidential race.