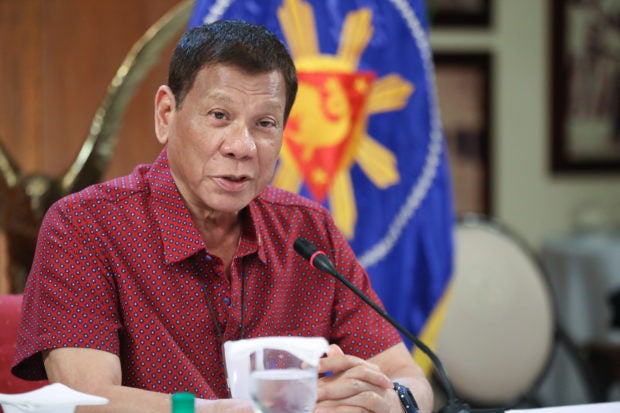 MANILA, Philippines — President Rodrigo Duterte’s “popularity” seen in surveys will eventually decline as citizens start to look back on his unfulfilled promises in the previous years, opposition coalition 1Sambayan said on Friday.

(I think that rating will eventually slowly shrink and will not be transferred to any candidate they will be endorsing.)

Magtubo said that the president’s “lies” during his term will be revealed if laborers from basic sectors were asked to think about how their lives changed in the past five years.

(Let’s admit that many still believe white lies even after five years. But this will slowly be revealed if you ask the workers in basic sectors: ‘What has happened in your life after five years?’)

Magtubo also said the coalition is of the belief citizens would become aware of the government’s “false promises” if they were to assess them, such as the much-touted campaign promises to end labor contractualization, elevate the standard of living in terms of wages, and respecting human rights.

(After five years of the citizens assessing the changes in their lives, corruption will be revealed.)

1Sambayan’s representative from the urban poor, Cherry Barnuevo, said the question is not on Duterte’s popularity and the results of surveys but on the people who still believe his “lies.”

(If you go to real life and real communities, you will see that many do not believe.)

The president’s performance in the country’s fight against the COVID-19 pandemic had a 91 percent approval rate in a 2020 Pulse Asia survey in October.

Though SWS and Pulse Asia have yet to release Duterte’s approval rating for 2021, Davao City Mayor Sara Duterte-Carpio and the president led the list of Filipinos’ top bets for president and vice president in the 2022 national elections survey.

According to Pulse Asia, the election survey was conducted on 2,400 respondents from June 7 to 16.

But Barnuevo said that they do not believe the surveys as they were “lies,” as she issued a challenge for government to approach the “real respondents.”

(If before he was the one who is cursing Filipinos, now we are the ones cursing him. He is now the one receiving PIs. In reality, we do not believe those surveys. Go to the real respondents who you should survey.)

1Sambayan is the coalition launched by retired Senior Associate Justice Antonio Carpio with the objective of presenting a unified lineup of opposition candidates for 2022.

Duterte is to deliver his fifth and last State of the Nation Address on July 26. — Faith Yuen Wei Ragasa, trainee