Erdogan calls for U.S. funding to back Kabul airport mission 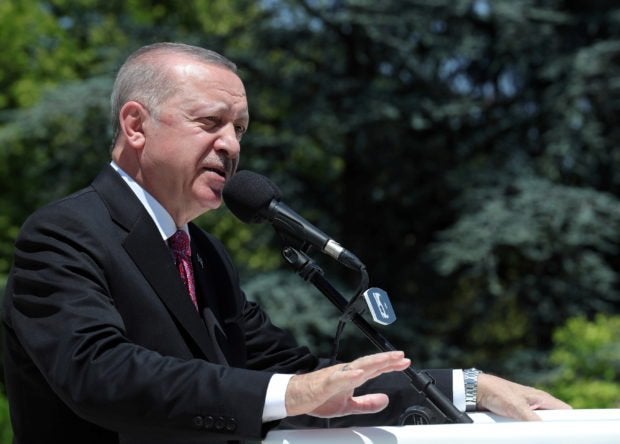 NICOSIA — President Tayyip Erdogan called on the United States on Tuesday to meet “conditions” including financial, logistical and diplomatic support, so that Turkey can run and guard Kabul airport after other foreign troops withdraw from Afghanistan.

Turkey has offered to deploy troops to the airport after NATO fully withdraws and has been in talks with the United States for several weeks.

The Taliban, who have gained territory as U.S.-led foreign forces pull out, have warned Turkey against it.

Erdogan, speaking in northern Cyprus, acknowledged that the Taliban had reservations but said Turkey would nonetheless carry out the mission as long as the United States, a NATO partner, meets three specific Turkish requirements.

“If these conditions could be met, we are thinking of taking over the management of Kabul airport,” he said, listing diplomatic backing for Turkey as well as the U.S. handover of facilities and logistics in Afghanistan.

“There will be serious financial and administrative difficulties … (the United States) will give the necessary support to Turkey in this respect as well,” Erdogan added, after attending morning prayers during the Muslim Eid al-Adha holiday.

Turkey hopes the airport mission will help soothe U.S. ties that are strained on several fronts including its purchase of Russian S-400 missile defences.

The Taliban ruled Afghanistan with an iron fist from 1996 to 2001 and have fought for 20 years to expel foreign forces, topple the Western-backed government in Kabul and re-impose Islamic rule.

The Taliban, emboldened by the departure of foreign forces by a September target, have called Turkey’s plan reprehensible. Ankara and others have said the airport must stay open to preserve diplomatic missions there.

Before leaving for Cyprus on Monday, Erdogan said the Taliban should “end the occupation”. On Tuesday, he said Turkey-Taliban talks would overcome any problems and should be more comfortable than past U.S.-Taliban talks.

As part of his visit, Erdogan unveiled plans to build a new government complex for Turkish Cypriots as part of a two-state plan that is opposed by the European Union, Greece and the internationally recognised Greek Cypriot government.