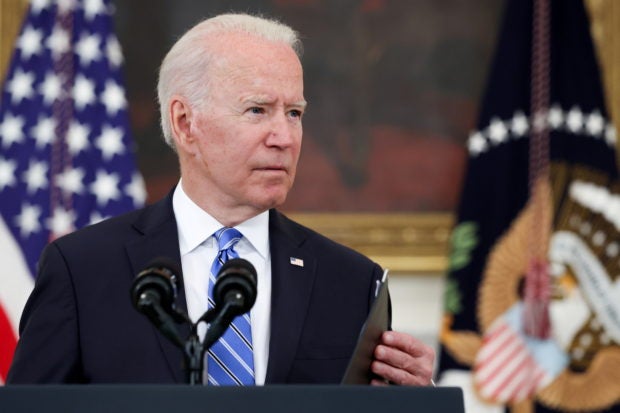 WASHINGTON — US President Joe Biden took a softer tone when talking about Facebook Inc on Monday, after saying last week that the social media company was “killing people” by allowing the spread of misinformation about COVID-19 vaccines.

Biden told reporters on Monday he meant to accuse a dozen users who spread the most amount of misinformation on the social media platform, but not the company itself.

He also said he hopes that Facebook does more to stop the spread of misinformation.

White House press secretary Jen Psaki also tried to clarify Biden’s remarks. “We are not in a war or a battle with Facebook, we’re in a battle with the virus,” she said.

Facebook responded sharply last week, saying that 85% of its users were vaccinated or wanted to be. “President Biden’s goal was for 70% of Americans to be vaccinated by July 4. Facebook is not the reason this goal was missed,” Facebook said in a corporate blog post by Guy Rosen, a company vice president.

The company has introduced rules against making specific false claims about COVID-19 and vaccines to prevent the illness, and says it provides people with reliable information on these topics.