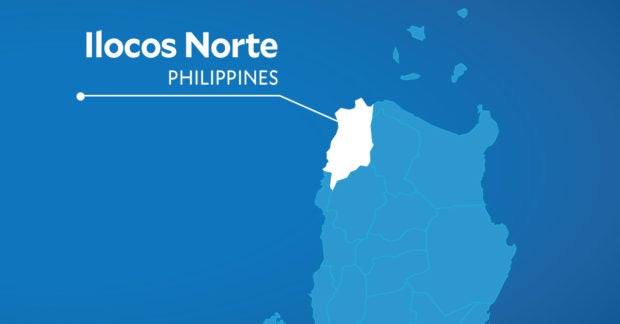 LAOAG CITY—The province of Ilocos Norte has been experiencing a surge in coronavirus disease (COVID-19) cases as 11 of the 23 towns and cities were still classified “red zones” or areas with at least 21 active infections, according to local virus data.

As of Friday, active cases climbed to 1,290 out of 5,118 recorded since the pandemic began last year. On Thursday, the province listed its highest single-day record of 162 new infections.

Data from the Department of Health (DOH) also showed that the province’s daily virus attack rate per 100,000 population increased to 14.07 percent on Friday, which is considered high, compared to the attack rate of 11.49 percent on July 12.

In a statement on Thursday, Ilocos Norte Governor Matthew Marcos Manotoc said many of the COVID-19 carriers in the province are staying home because all local isolation facilities were already full.

Those who were allowed to isolate at home were required to have their own room for the entire household to undergo quarantine, Manotoc said.

The state-run Mariano Marcos Memorial Hospital and Medical Center (MMMH&MC) has built a ‘field hospital’ on its driveways and covered court after it started to be overwhelmed by the rising number of COVID-19 patients.

As of Friday, the hospital’s COVID-19 bed occupancy rate has already reached the high-risk level, with 81 percent of its 104 COVID-19 beds already occupied.

Dr. Sheryl Racelis, MMMH&MC’s epidiomolgist, during a press briefing on Wednesday, said they were also planning to build an “overflow field hospital” in public schools situated near MMMH&MC. This would be implemented if the COVID-19 surge in the province will not be contained.

Jhey-ar Mangati, MMMH&MC’s health education and promotions officer, said that a site visit and inspection of the public schools were done by the personnel of the hospital last week. These schools include the Hilario Valdez Elementary School and Catalino Acosta Memorial Elementary School.

Those who were considered as “stable non-COVID-19 patients” would be relocated to this off-site health facility if more moderate, severe, and critical COVID-19 cases would be admitted to MMMH&MC for treatment, according to Racelis.

Other isolation facilities such as the Laoag City General Hospital also have 53.3 percent of its COVID-19 beds occupied while the provincial hospital has 50 percent bed capacity as of July 15, according to the DOH.